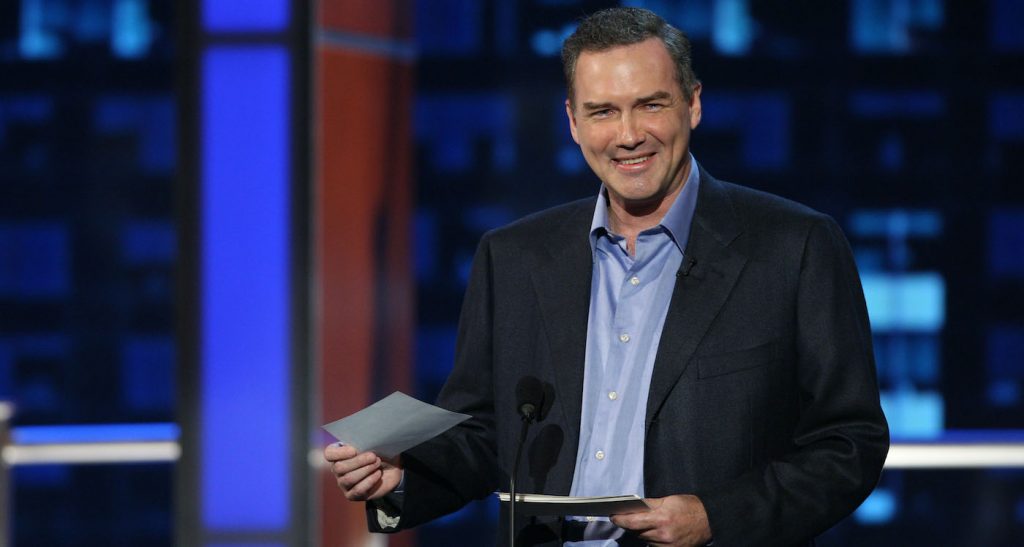 By now you’ve likely heard that Norm Macdonald has passed away at the age of 61 after a private battle with cancer for the past nine years. Macdonald was arguably the king of the deadpan delivery, an iconic comedian who always went his own way, even when that way alienated some audience members or involved making another late night show guest squirm. As has been said a lot since the news broke of his passing, Macdonald zigged when others zagged. Take, for one example, Comedy Central’s roast of Bob Saget—instead of demolishing Saget, as every other comedian did (and is expected to), Macdonald delivered a series of extremely tame, often deeply lame dad jokes, to the growing frustration of the audience but the delight of his fellow comedians on stage. Macdonald was relentless in his pursuit of a bit.

Macdonald had a long, fruitful career, but he’s perhaps best known for his tenure on Saturday Night Live. He was eventually the host on SNL‘s star-making “Weekend Update,” where he became a household name. He anchored “Weekend Update” for three seasons, and was part of the SNL cast from 1993 through 1998—he always claimed he was fired from “Weekend Update” for not letting up on jokes about OJ Simpson.

To honor the late, great Norm Macdonald, here are just a few of his funniest moments from SNL. If you want more (and you probably will once you get this taste), there’s a ton of Macdonald footage out there. Twitter is also a veritable compendium of incredible Macdonald clips—his fellow comedians are sharing some of their favorite moments, many of which involve him as a guest on one late night show or another, delivering the perfect, deadpan quip at just right the moment.

Featured image: Norm Macdonald on stage at the “Comedy Central Roast Of Bob Saget” on the Warner Brothers Lot on August 3, 2008 in Burbank, California.