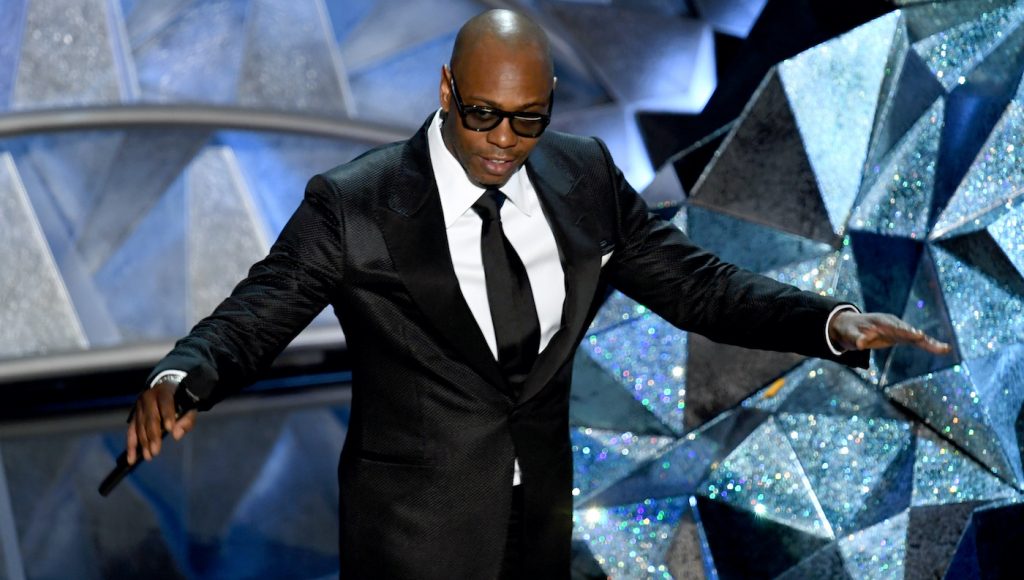 You might recall the last time Dave Chappelle hosted Saturday Night Live. Perhaps you watched the show in a daze of bewilderment and dread. The date was November 12, 2016. Chappelle was the first SNL host of the Trump era, taking to studio 8H just a couple of days after Trump bested Hillary Clinton in the presidential election on November 8. The country was still in collective shock, yet one of the most memorable aspects of the show was Chappelle’s calm. “America’s done it,” he said. “You’ve actually elected an internet troll as our president.” He got off this joke with a laugh, but he eventually got a bit more serious. “I’m going to give him a chance, and we, the historically disenfranchised, demand that he give us one too.” If you can stomach the trip down memory lane, here’s Chappelle’s monologue from that night:

Chappelle now returns to host with the election still up in the air—let’s hope we have a firm answer on who our next president is by the time he takes the stage for his monologue. One can only imagine how Chappelle might meet this moment no matter which way it turns out. If Joe Biden holds on to win, Chappelle will be there to welcome not only Biden but his historic VP, Kamala Harris, into the White House. If Trump wins, well…Chappelle’s presence will offer a grim reminder of just how little has changed since he last hosted the show. If the election is still being contested—a depressingly likely scenario—Chappelle will have our historic levels of anxiety to work with. We’re allowing ourselves to feel like the legendary comedian returning to SNL at this moment marks not a return, but a turning point.

This weekend’s SNL will be a must-see. Then again, every SNL this season has felt like a must-see, with the stakes of the presidential election so high the show has felt like a weekly psychic release of pent-up tension and anxiety. It’s just not healthy to have this much cortisol pumping through your veins all the time, and SNL has felt, at least to me, like a 90-minute reprieve from all that. Chappelle’s return will be the sixth consecutive show of the season, a feat in our pandemic-stricken times. It’s also been recently announced that the Foo Fighters will be the musical guest, marking their ninth time playing the show, and the 25th anniversary of their debut album.

By the time we’re all settling in to watch, America will be a very changed place. Or not. Therein lies the tension. Here’s to hoping Chappelle is able to ease some of that—but the job really isn’t his, of course. It’s ours.