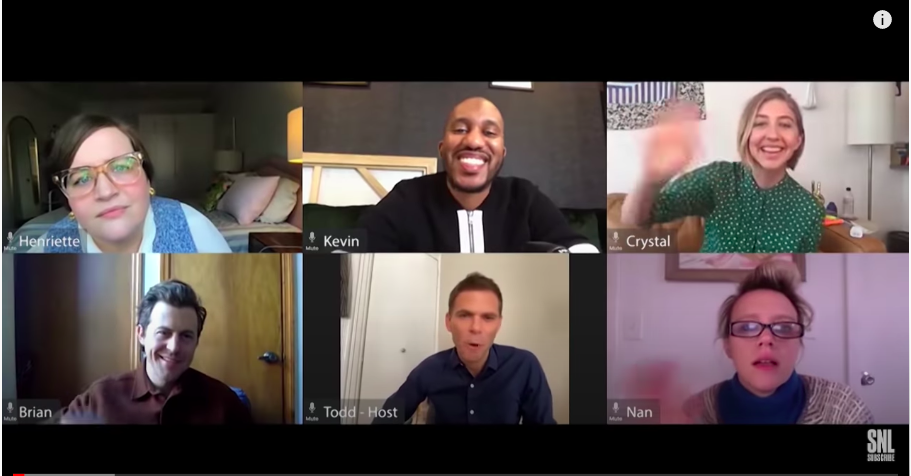 Some hopeful news—Saturday Night Live is working out a way to possibly return to their legendary studio, 8H, in NBC’s 30 Rockefeller Center next season. The catch is that this would likely be without a live studio audience. Variety has the scoop that executive producer Lorne Michaels and NBC are hoping to find a way to get cast and crew back to the studio to produce SNL in-house (perhaps not all of them at the same time, though) rather than continue creating remote versions of the show, which they gamely pulled together last season after the studio was shuttered due to the spread of COVID-19.

This undertaking will not be easy. Getting the cast and crew back into the studios for the 46th season safely, in the midst of a pandemic that’s very much still raging, will require a ton of logistical problem-solving. The sets alone require a ton of work, and one imagines that the show wouldn’t be fully staffed for safety reasons. Variety reports that one potential strategy includes creating a controlled environment—meaning no live audiences.  “There is a template already in place,” Variety‘s Brian Steinberg writes. “NBC’s Tonight Show, which [Lorne] Michaels also oversees, last week started taping new episodes from the network’s studios at 30 Rockefeller Plaza. Those broadcasts featured host Jimmy Fallon, a socially-distanced Roots band, and a handful of mask-wearing cameramen – all working from a smaller facility, NBC’s Studio 6A. Guests like Charlize Theron appeared via videoconferencing technology.”

SNL gamely produced those three remote episodes at the end of last season, with cast members creating sketches at home, cameos from big stars like Tom Hanks, Paul Rudd, and everyone’s favorite moment, Brad Pitt playing Dr. Anthony Fauci, and editors and other post-production crew putting it all together. The results were winning for the sheer effort alone, especially considering they were creating laughs—when we really need them (still do)—in such ad-hoc fashion. Yet for next season, with a presidential election looming (SNL thrives during election cycles, as you likely know), it’s understandable that Michaels and NBC would love to figure out a way to get the cast and crew in the studio.

Variety points out that plans for upcoming SNL seasons are usually revealed in late summer, so we should know more in the coming weeks.