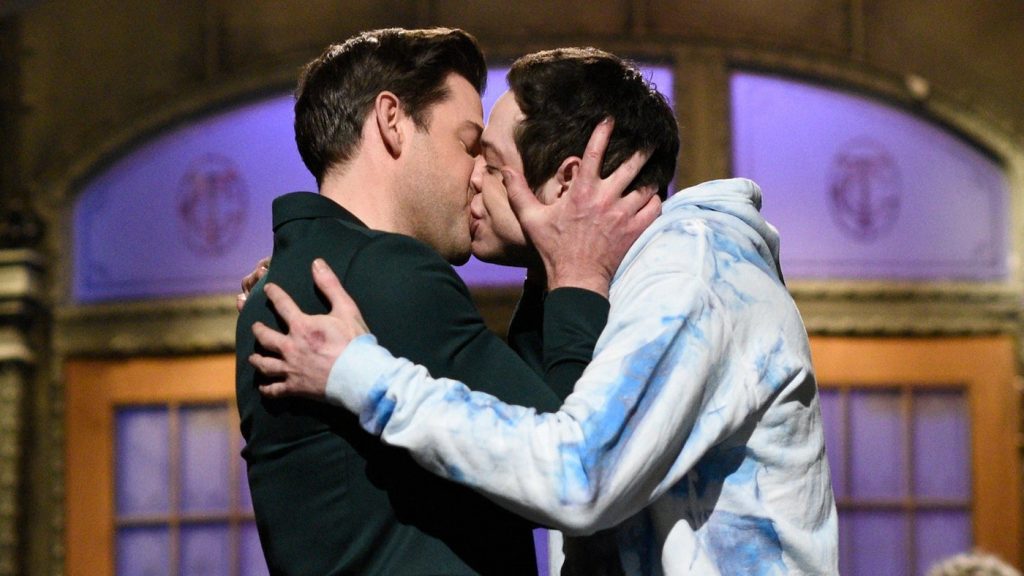 The Best Skits From John Krasinski’s Debut on “SNL”

Saturday Night Live returned this past weekend with John Krasinski making his debut as host, nearly a year after Krasinski was supposed to have made his first appearance in Studio 8H. Krasinski’s original debut was slated for March of 2020, pegged to the release of his highly anticipated A Quiet Place Part II. Of course, none of that happened—SNL stopped production, and A Quiet Place Part II‘s release date was pushed due to the pandemic. Fast-forward nearly a year—and a completely changed world later—and there was Krasinski finally making his first appearance on a show, he revealed in his monologue, that has meant the world to him since he was a kid.

There was a lot for Krasinski and the SNL writers to take on in this first episode of 2021, and, as is the show’s DNA, they didn’t shy away from the lunacy of this past month. When SNL bowed more than a month ago, the show, like most of the rest of the country, was bidding adieu to the Trump. The vibe during that finale, especially from “Weekend Update” hosts Colin Jost and Michael Che, was a mixture of giddiness, relief, and exhaustion. Then January 2021 happened. Like March of 2020 (and, frankly, every month after), this past January lasted roughly nine years. It felt like a super-charged extenuation of 2020, from the Capitol riot to the second impeachment of former President Donald Trump, and on through President Biden’s inauguration, the relentless pandemic, and the accelerating vaccine rollout. And we thought 2020 was going to be hard for SNL to try to synthesize into comedy.

SNL wasted no time digging right into our relentlessly anxious and stressful reality in a cold open that asked “What Still Works?” Framed as a talk show hosted by Kate McKinnon, the sketch was centered on asking what in our country still works, now that we have a new president, because some things must! But McKinnon’s first guest was Georgia congresswoman Marjorie Taylor Greene, played by Cecily Strong. Greene, you may have heard, has seemingly embraced every inane conspiracy theory that exists, and, she’s endorsed the execution of her own Democratic colleagues on social media (before she was elected). So yeah, as you can imagine, McKinnon found that Greene’s ascension into the hallowed halls of Congress is not proof that American democracy still works.

Later in the sketch, when McKinnon finds out O.J. Simpson (played by Keenan Thompson) has already been vaccinated, or that Tom Brady (played by Krasinski) is yes, still a Trump supporter, she’s about had it.

In “Pandemic Game Night,” SNL offers up what appears to be a sanity-restoring game night among friends (who claim they’re safely in a pod, hence them gathering indoors). Soon, however, the game devolves as each participant is, one by one, arrested by the F.B.I. for taking part in storming the Capitol on January 6.

“Weekend Update” handled some of the week’s breaking news, including the big GameStop story. If you’re anything like us, it took reading several “explainer” articles to make the GameStop story remotely coherent, but hosts Colin Jost and Michael Che broke it down brilliantly:

The most joyously silly skit of the night really doesn’t need much of a set-up. It simply asks you to take Pixar’s iconic film Ratatouille and tease it out into a dirty joke, and you’ve more or less got it. But SNL‘s “Ratatouille” sketch is much, much funnier than that:

All in all, it the first episode of SNL this season was funny, in a bittersweet way. Here’s hoping that future episodes will have less ludicrous material to work with.