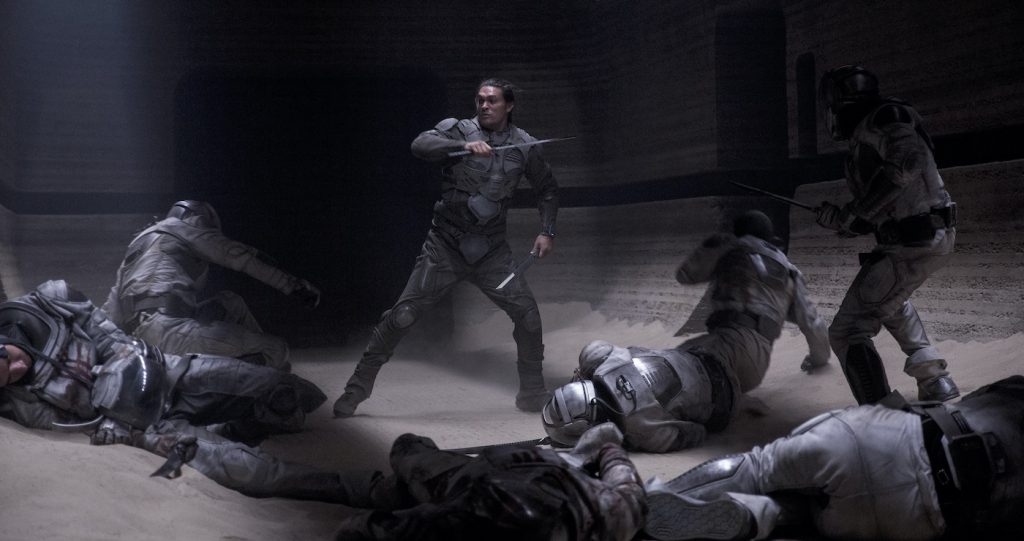 It’s always special when one peer praises the work of another. Such is the case with Oscar-winning director Chloé Zhao, fresh off becoming the first woman of color to win a Best Director Oscar (and see her film, Nomadland, win Best Picture), praising fellow director Denis Villeneuve’s work in his upcoming film Dune. IndieWire has the scoop, via Sight & Sound, that Zhao saw Villeneuve’s highly-anticipated sci-fi epic ahead of its world premiere on September 3 at the Venice Film Festival. Zhao is a member of the festival’s jury, so screening Dune was a part of her job. Sight & Sound was on hand to interview her for their September 2021 issue and asked her for her thoughts about the future of cinema. Fresh from seeing Villeneuve’s epic, she seemed to be cautiously optimistic, at least about the state of cinema’s creative talent and ambition. The note of caution has to do with seeing filmmakers work in the arena they were designed for—movie theaters.

“It gives me hope that a filmmaker like Denis is able to really harness his vision and put together something that’s so incredible, so cinematic,” Zhao told the magazine. “I’m just blown away by the experience I had in that room. But I’m terrified about how many people are or aren’t going to have that experience like I did, in a theatre, and what that means for the future.”

Dune is due for a theatrical release on October 22—as well as a streaming release on HBO Max the same day. Villeneuve is not a fan of this strategy—few filmmakers are—and it seems Zhao feels similarly. The film, Villeneuve has written, was made for the theater, it’s “about cinema and audiences,” he wrote in an impassioned essay. It’s the type of epic that demands a big screen, a big, state-of-the-art sound system, and total immersion. Movies like Dune are meant to be more than just seen, they’re meant to be experienced, and that can only be done inside a darkened theater.

This is why we’ll be listening to Chloé Zhao and seeing Dune on the biggest screen possible, and we’ll be doing the same for her next film, another kind of sci-fi epic, when Zhao’s first Marvel movie Eternals lands in theaters on November 5.