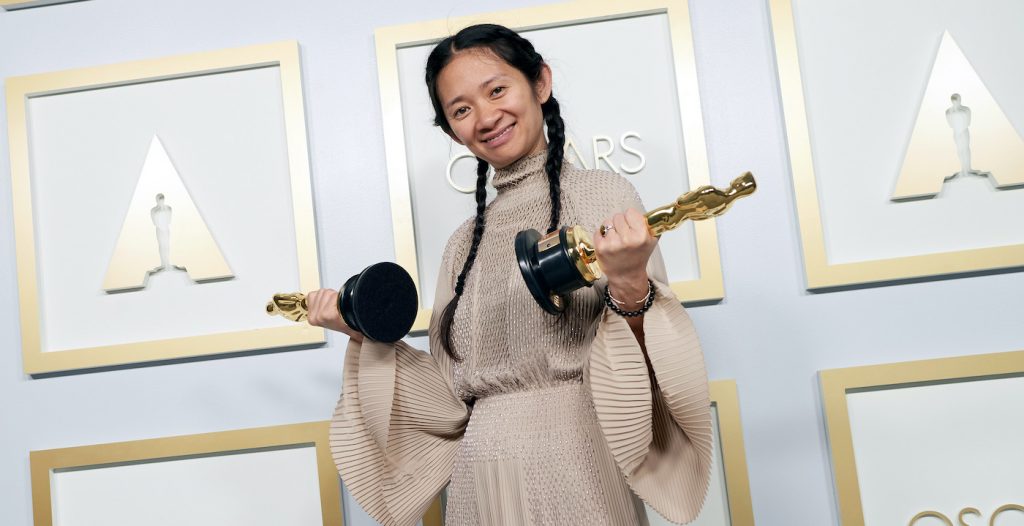 After winning Best Director and Best Picture at this year’s Oscars, Chloé Zhao is returning to the festival that started her epic run through awards season. Zhao will head to the Venice Film Festival this year as a member of the fest’s main jury, after bringing her award-devouring film Nomadland to the Lido last year.

Zhao joins Parasite director Bong Joon Ho, who is leading this year’s jury. The main jury is made up of a talented, international cohort—the multitalented Cynthia Erivo from the U.K., French actor Virginie Efira, and Canadian actor and producer Sarah Gadon.

Yesterday, the fest unveiled its official poster, created by Italian illustrator and author Lorenzo Mattotti. They also announced that a film by a Venice native, Andrea Segre, exploring how they managed to create last year’s Biennale di Venezia in the midst of the pandemic, will screen in a pre-opening event.

The film is titled La Biennale di Venezia: il cinema al tempo del Covid (The Venice Biennale: Cinema in the time of Covid), and will screen on Aug. 31. The film is constructed as a video diary revealing how Venice was the only top-tier international film festival to manage its festival as a physical event last year.

The 78th Venice Film Festival kicks off on September 1, opening with Pedro Almodóvar’s new film Parallel Mothers, which stars Penelope Cruz. The film was shot during the pandemic.

Featured image: Chloé Zhao poses backstage with the Oscars® for Directing and Best Picture the during the live ABC Telecast of The 93rd Oscars® at Union Station in Los Angeles, CA on Sunday, April 25, 2021.