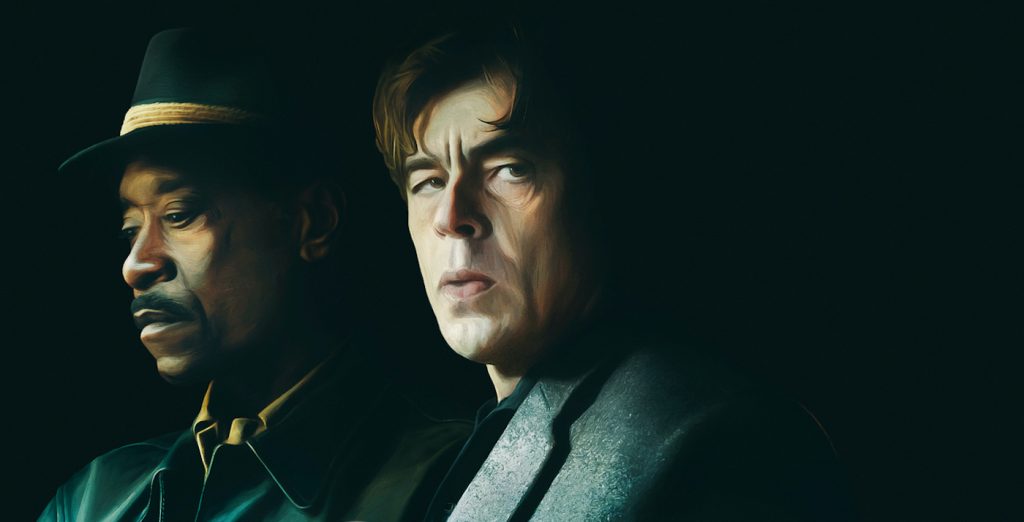 When Steven Soderbergh directs a movie, there are a few things you can expect no matter what. One of them is a star-studded ensemble, and that is certainly the case with his upcoming crime caper, No Sudden Move. Set in Detroit in 1954, No Sudden Move features a ridiculously potent ensemble in a story of small-time criminals tasked with what appears to be an easy, low-stakes crime—lift a document, babysit a family, collect their reward. Naturally, the crime is more complicated than that, and the crooks find themselves embroiled in a plot far deeper and more dangerous than they imagined. HBO Max has revealed the official trailer, and it does brisk work of making the case that No Sudden Move has got to be on your summer movie watchlist.

Another thing you always get with a Soderbergh movie is crisp storytelling, crafted by a man who knows every single facet of the filmmaking process down to the most minute detail. The trailer emphasizes how expertly Soderbergh can weave together narrative threads, a dozen or more characters, and a technically brilliant, unfussy filmmaking approach that keeps everything moving.

Two of the crooks are played by two of the best character actors in the business—Don Cheadle is Curt Goynes, and Benicio Del Toro is Ronald Russo. Watch as their simple job becomes anything but, and a parade of stellar actors, including Amy Seimetz, Jon Hamm, Julia Fox, David Harbour, and Ray Liotta pop up. Adding to the allure is a period-perfect mid-century Detroit, complete with the cars that made that city famous.

Check out the trailer below. No Sudden Move hits HBO Max on July 1.

From director Steven Soderbergh comes the new feature film NO SUDDEN MOVE from Warner Bros. Pictures. Set in 1954 Detroit, NO SUDDEN MOVE centers on a group of small-time criminals who are hired to steal what they think is a simple document. When their plan goes horribly wrong, their search for who hired them – and for what ultimate purpose – weaves them through all echelons of the race-torn, rapidly changing city. The film premieres exclusively on HBO Max THURSDAY, JULY 1 in the U.S.

Soderbergh directed the film from a screenplay written by Ed Solomon and produced by Casey Silver, both of whom he collaborated with on his HBO series “Mosaic.” Julie M. Anderson executive produced.