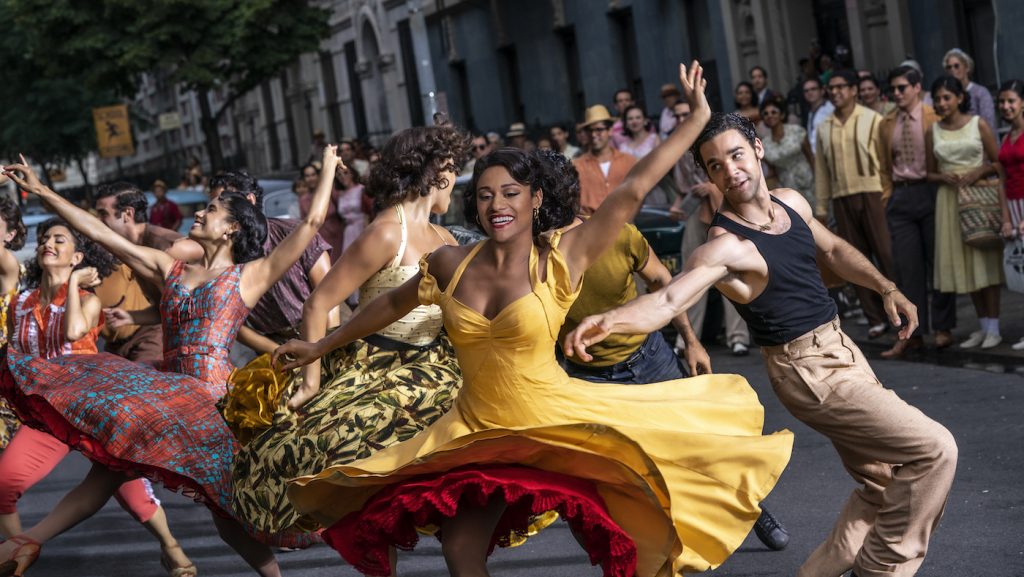 If you watched last night’s Oscars Ceremony, you probably caught the sizzling official teaser for Steven Spielberg’s West Side Story. There has been major buzz around the project the moment we learned Spielberg would be adapting the legendary stage musical for the big screen. The teaser gives us our most sustained look at the legendary director’s efforts, which includes a dynamic ensemble and a potent list of collaborators to bring off the long-awaited film. The cast includes Rachel Zegler and Ansel Elgort as the lovers Maria and Tony, caught between two warring gangs in New York.

West Side Story centers on the two young lovers set in 1950s New York and takes its cues from a little play called “Romeo and Juliet,” with the Capulets and Montagues replaced here by the rival gangs, the Sharks and the Jets. The original musical hit Broadway in 1957 and was written by Leonard Bernstein, Stephen Sondheim, and Arthur Laurents. Spielberg’s vision for it won’t be the first big-screen adaptation—director Robert Wise’s 1961 film got there first, starring Natalie Wood, Richard Beymer, and Rita Moreno, who won an Oscar for her performance. (Moreno was one of last night’s Oscar presenters).

Spielberg tapped his Lincoln screenwriter Tony Kushner to pen the script. Conductor Gustavo Dudamel is taking on Leonard Bernstein’s famous score, while Tony-winning composer Jeanine Tesori is getting the cast’s vocal chops in order. Composer David Newman will be arranging the music.

Check out the teaser below. West Side Story hits theaters this December: