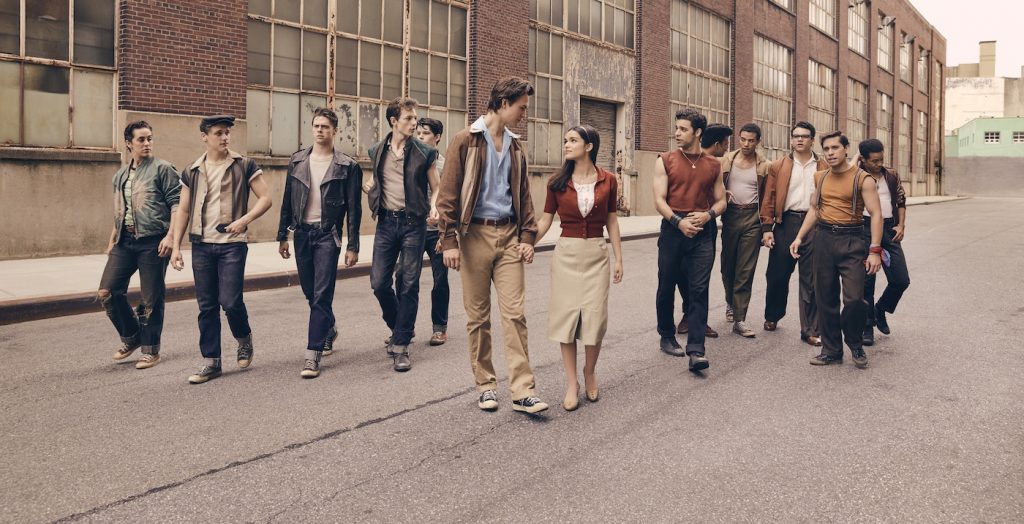 There isn’t a genre that Steven Spielberg can’t tackle. The legendary director has worked in nearly every genre, save one. He’s delivered groundbreaking CGI spectacles from Jurassic Park to Ready Player One, and taut espionage thrillers like Bridge of Spies or Munich. He’s obviously a master of sci-fi (not only does Ready Player One qualify, but so does Close Encounters of the Third Kind, E.T., A.I., and War of the Worlds, to name a few), as well as horror (yes, we consider Jaws a horror film), and big, meaty dramas (Amistad, Schindler’s List and Saving Private Ryan). For his next project, Spielberg is finally taking on the one genre that had eluded him—the musical. He’s adapted the 1957 Broadway musical West Side Story, and he tapped his Lincoln scribe and all-around writing legend, Tony Kushner, to pen the film. Now we’ve got our first look at West Side Story, which stars Ansel Elgort (Baby Driver) and newcomer Rachel Zegler in the lead roles of Tony and Maria, respectively.

West Side Story centers on two young lovers set in 1950s New York and takes its cues from none other than Romeo and Juliet, with the Capulets and Montagues replaced here by the rival gangs, the Sharks and the Jets. Spielberg has tapped a very talented group of collaborators to help him nail the crucial musical components. Conductor Gustavo Dudamel taking on Leonard Bernstein’s famous score. Tony-winning composer Jeanine Tesori is getting the cast’s vocal chops in order, and composer David Newman will be helming the new film’s score.

The cast has a few well-known faces among the ranks of largely young and lesser-known performers. First and foremost, you’ve got Rita Moreno playing Valentina (a new role), after having won an Oscar as Anita in Robert Wise’s 1961 big screen adaptation. Brian d’Arcy James is Officer Krupke, while Corey Still is your Lieutenant Schrank.

It’ll likely be a while before we see any footage from Spielberg’s first foray into musicals. West Side Story doesn’t dance and sing its way into theaters until December 18, 2020.