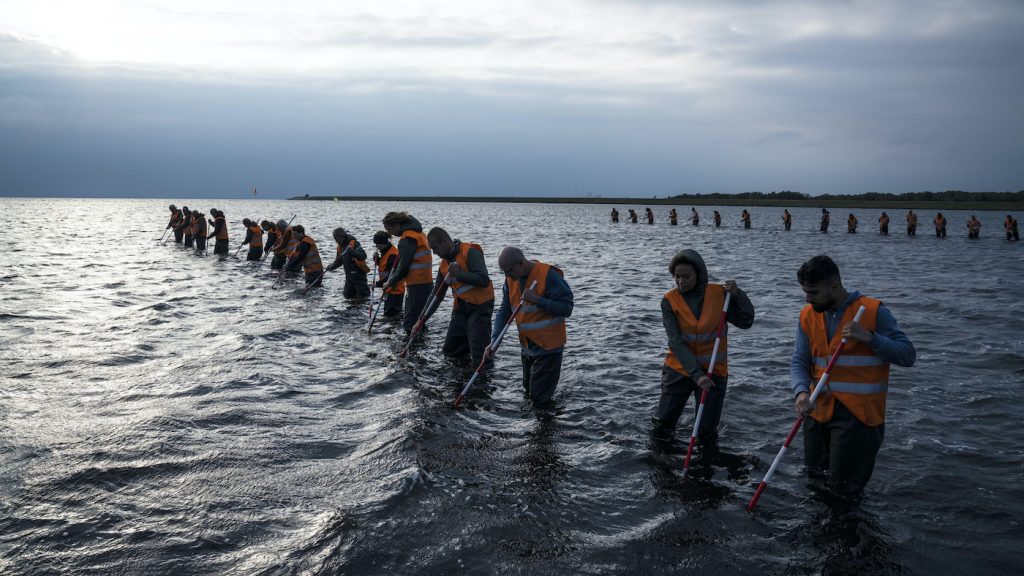 “The Investigation” Writer/Director Tobias Lindholm on Rethinking the Police Procedural

The police procedural has been a staple on television since its inception, and writer/director Tobias Lindholm felt it was time to shake things up. The Investigation, Lindholm’s six-episode miniseries currently playing on HBO, delves into one of the most sensational crimes in recent Danish history — the 2017 murder of journalist Kim Wall. And it turns the genre on its ear.

Wall went missing after meeting with an interview subject on his private submarine. After the submarine owner was taken into custody, Jens Møller (Søren Malling), lead investigator of homicide at the Copenhagen Police Headquarters, opened an investigation. Initially, the suspect claimed Wall left the submarine alive, but emerging clues told a different story. She may have been murdered. The case took a gruesome turn when a female torso was discovered on a Swedish beach. Møller and his team spent months doggedly uncovering what really happened.

“Both the local and international press gave it, in my opinion, way too much attention. Or at least you could say, the attention was wrong,” says Lindholm during a Zoom interview. “It all focused on what you would expect — the portrayal of a perpetrator and the obsession with the darkness.”

Lindholm was bothered that the headline-grabbing sordid aspects of the murder was turning Wall into another faceless victim. After meeting with Møller, the filmmaker, best known for the Oscar-nominated film A War, wanted to change that. His script would downplay the horrific details and focus instead on what he describes as the light in the darkness.

“We had a story about a society that worked and about complete strangers who put their own lives on pause to solve this case,” continues Lindholm. “To me, it was a proof of human strength, instead of human darkness. That made me consider doing a story about this investigation.”

Inspiration struck during conversations with Møller. The investigator told Lindholm he had never interrogated the suspect, leaving that task to his colleagues. Lindholm realized the accused didn’t need to play a prominent role in the storyline.

As Lindholm observes, a typical police procedural often treats the victim as a plot point. The dead body is forgotten as the focus shifts to the showdown between the perpetrator and the law officers. Lindholm was determined to avoid this scenario. In a unique twist, not only is the murder suspect never seen, but his name is never mentioned.

“I just turned it around and said, ‘What if we just use the perpetrator as an engine that I can throw into the story as a sort of confusion but then not pay more attention to him?’ Just leave him out,” says Lindholm. “Let’s be fascinated with the humanity instead of the darkness…with the humanity of the grieving parents, the pride they have in their daughter and our police officers.”

The result is an absorbing drama that drills down on the day-by-day beats of a murder investigation. A highpoint such as a cadaver dog barking to signal a discovery of a body part on the high seas is juxtaposed with a staid explanation of how shifting currents can impact the movement of items in the water. A pivotal breakthrough comes while an investigator sits at a table reviewing a case file. Never has minutia been so mesmerizing.

“By turning the factors around, apparently I did something drastic,” quips Lindholm.

Perhaps just as novel is the way Lindholm incorporates Wall’s parents, Ingrid (Pernilla August) and Joachim (Rolf Lassgård), into The Investigation. Their grief, their resolve and their determination to find justice for their daughter heightens the tragedy and senselessness of the murder. To achieve this, Lindholm knew he needed to involve the real Ingrid and Joachim and had Møller arrange a meeting.

“We drove over to visit them and Jens would take their dog Iso for a walk by the beach,” remembers Lindholm. ”I would sit in their garden and have a conversation with them. I didn’t say much. I just listened to what they remembered about their relationship with Jens.”

Lindholm discussed his ideas about never showing the perpetrator and how the story would focus on the police work. “They liked that because they had been trying to make sure that their daughter wasn’t remembered only as a victim but as the journalist she was,” he says. “And they felt great gratitude towards Jens and all the people who worked with him. And they have been part of this ever since. They have read every draft. They have been on set as much as they liked. And they’ve seen every edit.”

Lindholm credits the Walls for some of the series’ finer details. A heart-shaped memorial to Kim had been created out of stones on a beach near the Wall’s home. One of the series’ most poignant moments comes when Møller adds his own stone to the heart. Lindholm didn’t want his film crew to disturb the neighborhood and planned to recreate the memorial in another location. But the Walls insisted he shoot the real one to show everyone who built it how much it was appreciated.

“And I have to say that I had never been so careful around a location as we were that day,” adds Lindholm.

The Walls also pushed to have their dog play himself. “Iso enjoyed it,” reveals Lindholm. “He and the actor who was playing Joachim became very close friends.”

The series’ final scene was emotional for Lindholm. Kim’s parents have teamed with the International Women’s Media Foundation to establish the Kim Wall Memorial Fund. The goal is to award a $5,000 grant annually to female journalists whose reporting carries forward Kim’s legacy. Lindholm devised a scene where Ingrid addresses a forum of young journalism students.

“I wrote this speech together with Ingrid Wall. It’s her words. I asked her what she would say if she could get the last word in this whole media circus,” says Lindholm. “I wrote that into the script. She would read it and I would talk to Pernilla about it and Ingrid would chip in new thoughts. On the day we shot, the real Ingrid was by my side by the monitor. At that point, I realized how real this was. I have to say that more than once I stopped breathing and took a second to think about what was going on here. It felt very close to what we were portraying.”