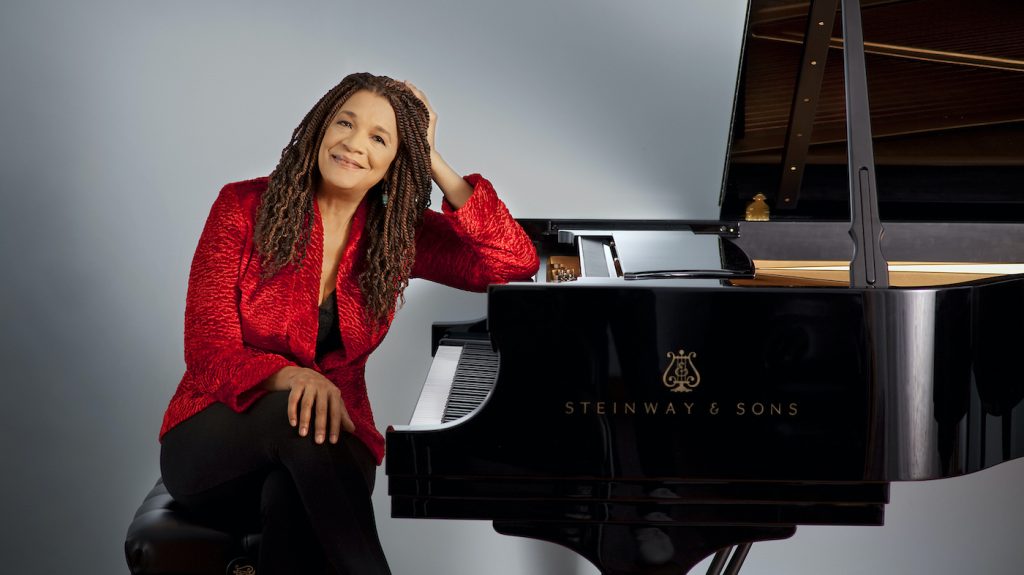 As we near the close of the first week of Black History Month, it’s important to recognize those who are making history now. Given the overall lack of working female composers of any race, as a Black female composer, Kathryn Bostic has been carving out a road few have traveled, and she’s been doing it for decades. She arrived at this year’s Sundance with not one but two films for which she has supplied the score, both highlighting powerful, creative artists of color.

The first is director Mariem Pérez Riera’s Rita Moreno: Just a Girl Who Decided to Go For It, about the legendary actress, dancer, and singer, one of the few performers to earn the coveted EGOT—winning an Emmy, Grammy, Oscar, and Tony. The second is director James Redford’s Amy Tan: Unintended Memoir, which looks at the life of the celebrated author of “The Joy Luck Club,” whose childhood bore some resemblance to Bostic’s own.

Bostic spoke to The Credits about finding the musical language to honor these iconic women and revealed a few of the secrets of her own process, which, she says, is mostly about getting out of the way.

In composing the score for Rita Moreno: Just a Girl Who Decided to Go for It, you worked with director Mariem Pérez Riera. What were some of the conversations that led to the use of jazz as the basis for your score, and what was your process?

Mariem let me know just how much Rita loves jazz. It’s part of her physical environment, and it’s something that she relates to because of the emotional context of it. Jazz is such a freeform and freestyle music, and it’s something that speaks to Rita’s soul. She really wanted to capture that in the music. She asked me to represent that in the score because that is one style of music Rita is very fond of. Mariem wanted me to place the music in different emotional contexts. Whenever we spoke about the vulnerability and the abuse that Rita would undergo emotionally and physically, she wanted a theme for that kind of feeling. I used a jazz trio composed of a trumpet, saxophone, and trombone, but I had very specific thematic ideas that I wanted to use alongside the storytelling of that part of the narrative.

This score is also a lot of fun.

Yes! I think what enhances Rita’s extraordinary resilience is her incredible sense of humor and her ability to be so open and candid about her life and her vulnerability. She is able to look at things with both a sense of humor and depth. The opening cue reflects the joy and the fun. She’s celebrating her birthday, and she’s also reflecting on where she is right now, so the music reflects that. There’s also a Latin-American element, with the samba and mambo in some of the score. It was just a natural fit for me because I love jazz. I grew up listening to a lot of jazz artists, so it was very easy for me to create the score. Jazz is both playful and complex, which is in keeping with Rita’s personality.

Amy Tan: Unintended Memoir, features the piano, which is an instrument that had an important role to play in Amy’s life, but your life as well. Can you talk about the structure of that score, which has lots of contemporary and older classical influences in it?

You’re right, there’s a parallel universe there for me, because Amy’s mother was very much influential in wanting to shape and commandeer Amy’s life, and wanted her to be this classical concert pianist. My mother had a very similar desire for me, so the tie-in was very natural. The music was very organic. I reflected on Amy’s upbringing and the vulnerability that she shared through her music and piano playing. The music was effortless to write because in some ways I could relate to that kind of hardline disciplinarian mandate that your parents put down, even if they’re well-meaning. At times it could be very constraining. The beauty of it was Amy loved the piano and truly enjoyed playing, so I wanted to craft a piano score around the joy she has in playing piano, and also in the way she thinks about her mother and her mother’s impact.

Between the piano and strings, there’s a healing, calming quality to a lot of the cues.

The beautiful thing about that relationship is it appears they were able to weather that storm and heal, so I wanted the piano to reflect that. There was a willingness on Amy’s part to go the distance and understand her mother’s pain and illness. I wanted the score to reflect that kind of courage, and also show the unfolding of Amy Tan’s journey as a writer. She had all these odd jobs and was not encouraged at all by her family to be a writer, and yet she persevered. I wanted the music to have that kind of touchstone, with her family and their weekend ritual of getting together with other families, having these very important cultural and communal experiences. I wanted to have the music celebrate that. I tried to create a sonic embrace of that gathering because you could really feel how comfortable they all were with each other. That was a sanctuary for them.

You use both contemporary and more traditional classical themes that weave together, and it almost feels like the interplay between Amy and her mother.

That’s one of the things I was thinking. Sometimes when you score, you score to the momentum and the emotion of the scene itself, and not as much to the character, and then, to your point, sometimes you score to the specific genre, and in this case it was the classical music that her mother instilled in her. I utilized that range and that broad capacity on a number of storytelling elements.

You’ve talked a lot about the scores sort of ‘writing themselves’. That’s fascinating to hear about an artist’s work.

I was so honored to work with James Redford on Amy Tan. One of the things that he and I always agreed on is that music is conversation. If you allow it to be an integral part of that sonic storytelling, then it will write itself. I know you’re asking me questions about my process, but I really just get out of the way. That would be the basis of my process. I get out of the way so that I can be informed by the narrative itself, ranging from the script, the footage, and the characters. There’s a lot of information, and once you have the parameters, once you have the menu of what those components are going to be, you can have a very engaging and in-depth musical conversation. I rely on that, and it’s always served me, and both James and Mariem understood that in terms of the way in which I go about scoring. I think that’s one of the reasons why the music has an innovative element to it, because I just try to get out of the way, and be present for what’s coming up that will further the narrative and enhance the arc of the storytelling.

Rita Moreno: Just a Girl who Decided to Go for It and Amy Tan: Unintended Memoir both had their premiere at Sundance 2021. Both were produced as part of PBS’s American Masters Series. Bostic’s also the composer of director Sam Pollard‘s documentary Black Art: In the Absence of Light, premiering on HBO on February 9.