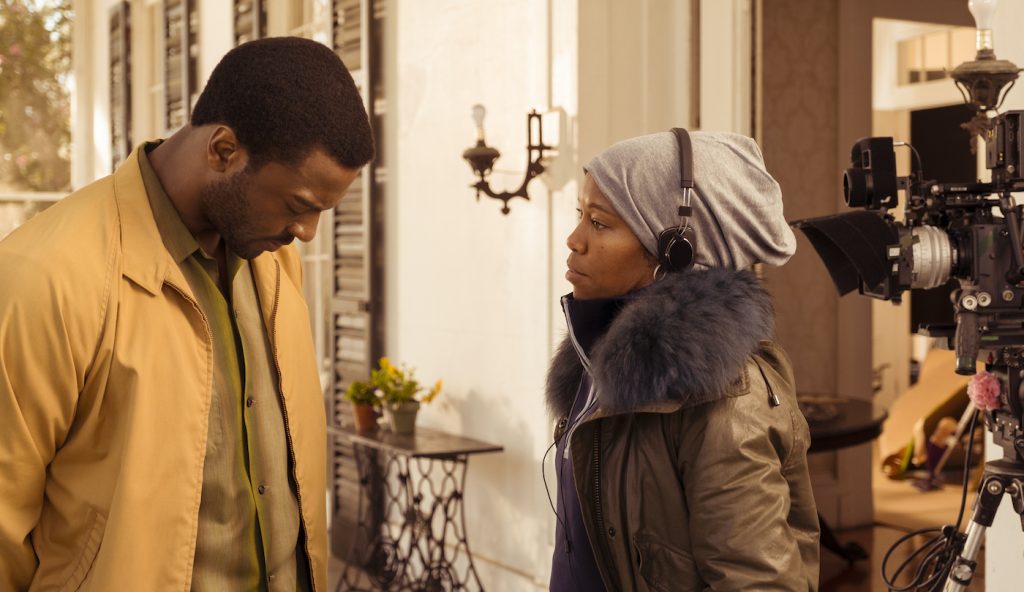 The Golden Globes nominations are in, and female directors have made history. For the first time, the Globes have nominated more than one woman for the Best Director category. The nominees are Regina King (One Night In Miami), Chloe Zhao (Nomadland), and Emerald Fennell (Promising Young Woman). This trio joins David Fincher (Mank) and Aaron Sorkin (The Trial of the Chicago 7) in the category.

These talented directors join only a handful of other women to have ever been nominated for the award—Ava DuVernay, Jane Campion, Sofia Coppola, Kathryn Bigelow, and Barbara Streisand. DuVernay was the last to be nominated, in 2015, for her work in Selma. Streisand is the only woman to ever win the award, back in 1984, for Yentl. The inclusion of King, Zhao, and Fennell is certainly promising, but much work remains to be done. Lin-Manuel Miranda was the only Latinx representation in this year’s categories, for example. We can applaud this long-overdue recognition of female directing talent, and yet we must keep pushing to make sure the voices of our entire industry are being recognized.

Fincher’s Mank leads all films with six nominations, while The Crown leads all TV series with six as well. For the film categories, Nomadland, The Trial of the Chicago 7, The Father, and Promising Young Woman all nabbed four nominations. For TV, last year’s big winner, Schitt’s Creek, grabbed five nominations, while Ozark and The Undoing landed four.

Netflix took in a haul of 42 nominations across 25 categories in film and TV. One of its nominees is the late Chadwick Boseman, nominated in the Best Actor category for his work in Ma Rainey’s Black Bottom.

The Globes will air on February 28 and will be hosted, for the first time in its history, bi-coastally, by those beloved Globe veterans Tina Fey and Amy Poehler. Fey will host from the Rainbow Room in New York, while Poehler will do her duties from the Beverly Hilton in Los Angeles. Nominees, meanwhile, will appear from all over the world.

Featured image: Aldis Hodge and Director Regina King on the set of ONE NIGHT IN MIAMI. Photo: Patti Perret/Amazon Studios