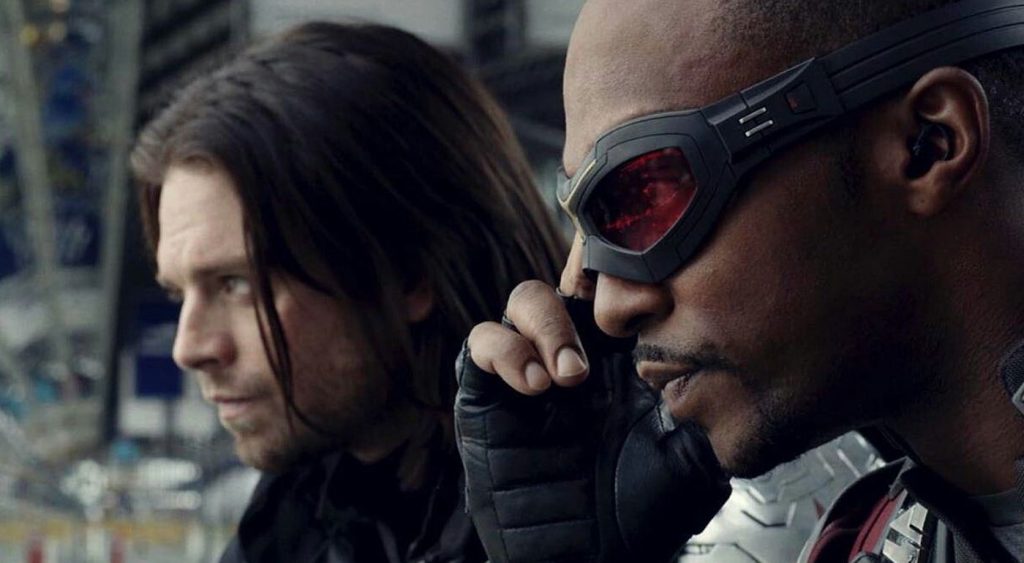 Yesterday, December 10, was the Walt Disney Company’s Investor Day. This is the reason, folks, that you woke up this morning with a sudden bounty of first looks at some of the most hotly anticipated titles coming to Disney+. We begin with The Falcon and the Winter Soldier, which reunites Anthony Mackie’s Sam Wilson and Sebastian Stan’s Bucky Barnes in the new Disney+ series.

“The legacy of that shield is…complicated.” This is the first line from The Falcon and the Winter Soldier‘s teaser, coming from Sam Wilson—better known as the Falcon. And he knows of what he speaks. Avengers: Endgame came to a close with the original owner of that shield, Captain America (Chris Evans) an old man, handing off the vibranium symbol of all that is good and just in the world to his buddy and compatriot Sam. The new series will reunite old frenemies Sam and Bucky Barnes (The Winter Soldier, natch) to take on new enemies in a post-Captain America and Iron Man world.

Check out the first look below. The series hits Disney+ in March 2021.

Here’s the Marvel portion of yesterday’s event, via a press release from Disney:

Marvel Studios shared plans for the expansion and future of the Marvel Cinematic Universe, revealing details about upcoming content for both Disney+ and theaters. Among dozens of upcoming projects, three new series for Disney+ were revealed, including the Samuel L. Jackson- starrer “Secret Invasion,” “Ironheart” with Dominique Thorne as a genius inventor, and “Armor Wars,” starring Don Cheadle as James Rhodes aka War Machine who faces Tony Stark’s worst fears.

These will join the studios robust lineup of Disney+ titles including “WandaVision,” “The Falcon and The Winter Soldier,” and “Loki”; the animated series “What If…?”; “Ms. Marvel”; “Hawkeye,” with Hailee Steinfeld joining Jeremy Renner in the series; “She-Hulk,” starring Tatiana Maslany in the title role alongside co-stars Mark Ruffalo and Tim Roth; “Moon Knight”; “Guardians of the Galaxy Holiday Special”; and a series of original shorts, “I Am Groot,” featuring everyone’s favorite baby tree.

Included in a host of new feature film reveals were “Ant-Man and the Wasp: Quantumania,” the third feature in the “Ant-Man” franchise, and “Fantastic Four,” which introduces Marvel’s most iconic family. Marvel Studios’ upcoming feature films also include “Black Widow,” “Shang Chi and The Legend of The Ten Rings,” “Eternals,” “Doctor Strange In The Multiverse of Madness,” “Thor: Love and Thunder,” “Black Panther 2,” “Blade,” “Captain Marvel 2,” and “Guardians of the Galaxy Vol. 3.”