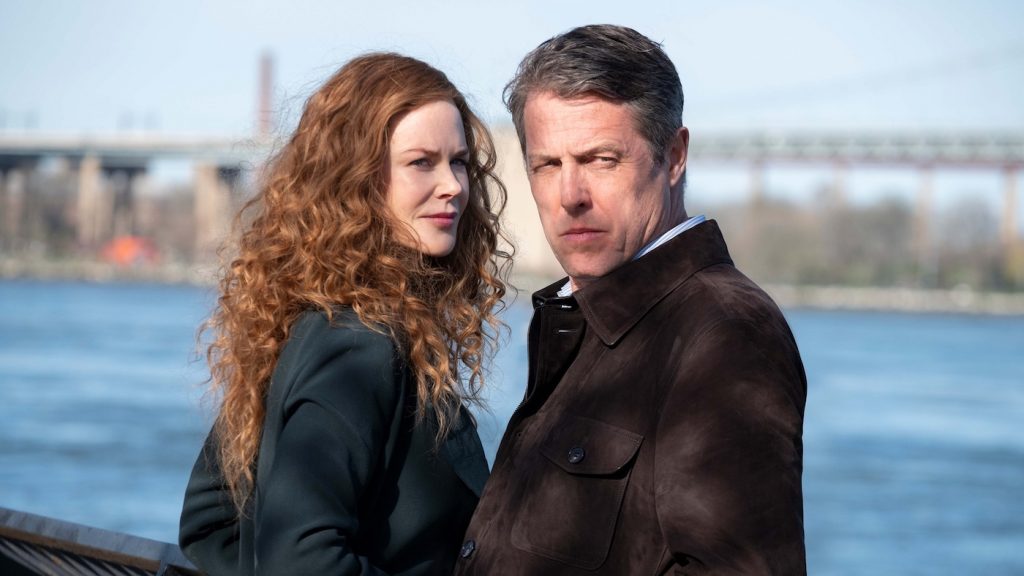 As mentioned in Part I of our interview with cinematographer Anthony Dod Mantle, a good many of The Undoing’s settings were shot on location in Manhattan, while the main interiors were built at Kaufman Astoria Studios in Queens. Many of the locations were found in the Upper West Side, something that took some getting used to for Mantle.  “We were very true to the Upper West Side, which I actually found hard to embrace because it’s not a world I’m drawn to,” he says, having spent most of his time in the city in the Lower East Side, The Bowery, and the West Village. “So I had to learn to embrace and break down the DNA of what the Upper West Side was, to understand how to affectionately deal with the streets and neighborhood and the vibe.”

Much of the show takes place at the home of Grace’s (Nicole Kidman) father, Franklin (Donald Sutherland), a powerful, wealthy man. While director Susanne Bier had originally fallen in love with a beautiful condo with a balcony overlooking Central Park, the Central Park West neighborhood didn’t exactly welcome movie trucks and lights, so another location was found, which had some exterior space which would allow Mantle to set his lights with gaffer Bill O’Leary. “A lot of stuff was shot on those balconies, at the right time of day or night,” Mantle says.

The interior “big room,” in which many scenes take place, was a set at Kaufman Astoria Studios, and its look is “all money,” Mantle states. “It’s quite melancholy, because he’s a somber animal, and had particular status as the patriarch. It’s actually sad —the old money and the privacy of these incredibly privileged people, living in these tombs. But they’re amazing places. And down on the street is the humdrum and the bustle and the fret.”

He and O’Leary lit the room as naturalistically as possible, with strong light and painted backgrounds on the outside, but held back by massive curtains, “to get me out of hell, when the camera focus goes too close, and it suddenly looks like a studio.” They would place mirrors outside the set’s windows, to allow the reflections that are common in New York from neighboring buildings appear to be coming into the room.

The two would also make use of occasional practical lighting, such as when Franklin and Grace are playing chess. “I always look for a naturalistic explanation for light,” Mantle says, “so that I could gently highlight Donald, with a glow of the blue hour night behind him. Or if it’s by the fire, I’d have a flicker board to simulate that, and put something hidden in the rear, just the make the background come up.”

The set also had a ceiling, something which held great appeal to the cameraman. “It’s a bit like Orson Welles or Hitchcock films. Very early on, I showed Susanne images I had in my Look Book from Rear Window and Vertigo. Hitchcock was a visual master, and he knew how to use space, the format, and ceilings.”

Franklin can also be found sitting in an art gallery, contemplating a painting by Joseph Mallard William Turner. Those scenes were shot at The Frick Collection on the Upper East Side. “That was a late addition,” says Mantle, Bier having come up with the idea about 2/3 of the way through the shoot. “It was restrictive for us to shoot in there, with just a minimum crew. I think we were allowed just 10 or 15 people at a time and very little gear. And it had this beautiful dome lighting, and very little else,” which he supplemented with a very low key light and reflector boards from the grip department.

The prison scenes, both the visiting room and courtyard, were filmed at the Queens House of Detention, which is partially still in use, making a suitably uncomfortable environment for both cast and crew. “It’s pretty horrific,” says Mantle. “But I was inclined to want to dirty down that prison a lot. And putting Hugh Grant’s high-end oncologist in there, I find extremely relevant. The texture and the dust and dirt, not just the noise and dialogue, were very, very important. The darker and rougher it got for Hugh, the better.” There were limited hours and space, with parking allocated to special personnel, not film crews. “They wouldn’t let us put a truck or a crane in there. It was a hard place to work in.”

While the exteriors of the courtroom scenes were indeed filmed at the New York County Criminal Court building near the Financial District, the spacious courtroom itself was a set built by production designer Lester Cohen. The crew filmed there for about two weeks, with Mantle increasing his usual two-camera crew to sometimes five cameras, bringing in additional day-player camera operators just to enable the team to work through the many pages of dialogue each day and achieve coverage. “On my last several films, I just shot one camera, and usually myself operating. But here, Susanne really needed not just quality but quantity. The way she shoots, it’s about timing and dialogue. The way she cuts is a force in her films, really gets to the meat of the scene, and that requires a lot of coverage.”

Elsewhere, Mantle did take advantage of his A Camera operator Roberto de Angelis’s fabled Steadicam skills, including one particularly masterful shot following a crowd across a street and turning a corner as passersby part and picking up Grace as she emerges from within the crowd. “Nicole does a lot of walking, and Roberto is especially good at capturing that. There’s so much dialogue in the series that when the camera moves, he really has to move, and the audience needs to get out in the air,” Mantle notes. And moving with him is experienced 1st AC Nino Neuboeck (Pirates of the Caribbean, Black Panther), who not only could support de Angelis’s complex moves, but also take into account the complexities introduced by Mantle’s vintage lenses. “There are a lot of Steadicam guys that don’t tap in emotionally to what a scene is about. They’re capable of it, but they’re stuck in technique. And, to Roberto’s credit, he’s a very emotional person. And he taps into the emotional content, which is really key to any of these scenes.”

Another trademark of The Undoing‘s look are establishing shots that begin with a high-in-the-air skyline view and continue down to follow Grace as she crosses a street on one of her many walks, meeting her close up in a single, skillfully executed crane move by key grip Tommy Prate and his team. “We had both a 50 ft. and a 30 ft. Technocrane,” Mantle explains. “Those shots are there to give you that space, but to try to link it to a real iconic person, not a double, in the space with people around.” Each such scene was always managed with great care by 1st AD Richard Styles and 2nd AD Josh Muzaffer, who would bury themselves within the crowd, directing with walkie talkies, and camouflaging themselves as newspaper vendors, guiding people in and out of shots, as needed.

While the show itself might be focused on what a single person can do to multiple families, it took a village to create The Undoing.