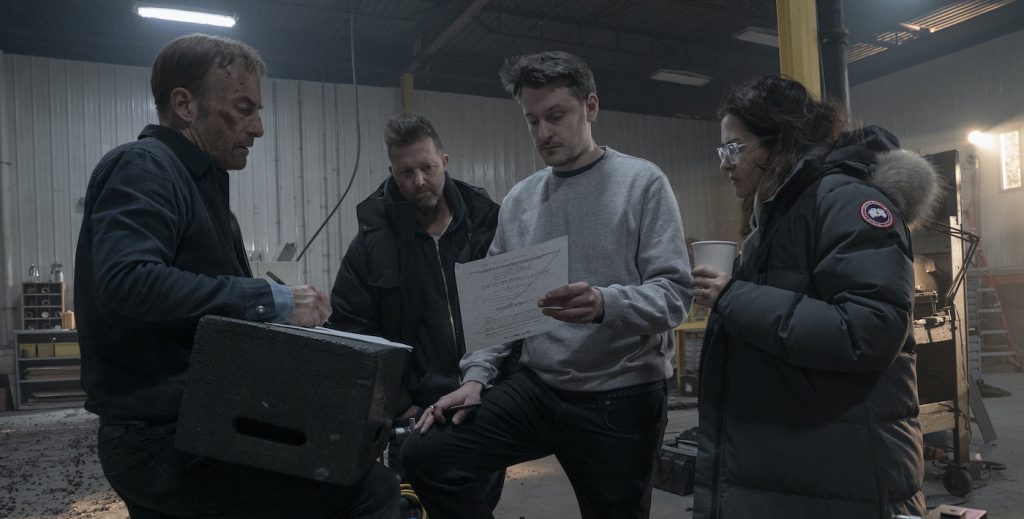 There are few actors as reliably likable, no matter what kind of lowlife they might be playing, then Bob Odenkirk. In Breaking Bad, a series that was not only one of the best of the century but was bursting with great performances, Odenkirk still stood out as the scruples-free lawyer Saul Goodman. The performance was so good that AMC and Breaking Bad creator Vince Gilligan spun the character off for his own, also excellent series, Better Call Saul. This brings us to director Ilya Naishuller’s Nobody, which takes Odenkirk’s lovable persona and marries that to a John Wick-style story. (The film’s screenwriter, Derek Kolstad, wrote all three John Wick films.) What makes Nobody a touch different is that Odenkirk is obviously a much different screen presence than Keanu Reeves. Both are beloved, but only one of them previously played Neo.

The Wick-ian conceit of Nobody is that Odenkirk plays Hutch Mansell, a friendly, feckless dad who fails to defend himself, or his family, during a robbery. He’s mocked by his neighbor, he’s disappointed his son, and in general, Hutch is just the kind of guy who gets walked over. Or is he?

By now you’ve discerned that Odenkirk’s Hutch is not who he seems to be, and the first trailer reveals that Nobody is looking very much to be a kind of everyman John Wick. Not that Hutch is remotely an everyman, but with Odenkirk in the role, he’s still more relatable than Reeves’s winning turn as an ex-hitman pulled back into the game because someone killed his dog.

Check out the trailer below. Nobody hits theaters on February 26, 2021.

Here’s the full synopsis from Universal:

When two thieves break into his suburban home one night, Hutch declines to defend himself or his family, hoping to prevent serious violence. His teenage son, Blake (Gage Munroe, The Shack), is disappointed in him and his wife, Becca (Connie Nielsen, Wonder Woman), seems to pull only further away.

The aftermath of the incident strikes a match to Hutch’s long-simmering rage, triggering dormant instincts and propelling him on a brutal path that will surface dark secrets and lethal skills. In a barrage of fists, gunfire and squealing tires, Hutch must save his family from a dangerous adversary (famed Russian actor Aleksey Serebryakov, Amazon’s McMafia)—and ensure that he will never be underestimated as a nobody again.

Nobody is directed by acclaimed filmmaker Ilya Naishuller (Hardcore Henry), from a script by Derek Kolstad, the narrative architect of the John Wick franchise, and co-stars legendary Emmy winner Christopher Lloyd as Hutch’s father and multi-hyphenate musician-actor RZA as Hutch’s brother, whose own hidden talents aid Hutch in his quest for vengeance.