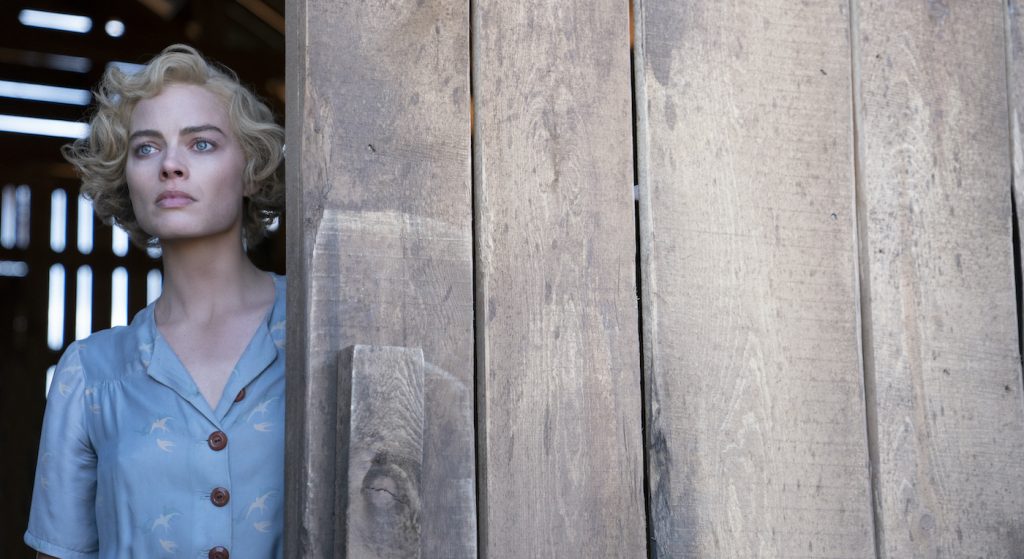 Although only a few years old, Romulus Entertainment already boasts an admirable slate of what founder and CEO Brad Feinstein describes as “socially conscious prestige dramas and action thrillers” — City of Lies, Driven, and American Woman, to name just a few. The roster is also a lengthy one: At the 2019 Tribeca Film Festival, Feinstein noted in an interview that the company had produced 12 films in just 24 months. The goal moving forward, he said, is to make four to five movies annually.

Two upcoming Romulus releases are Jungleland and Dreamland. The first is a touching, transfixing tale of brotherly love, set against a backdrop of bare-knuckles boxing and starring Charlie Hunnam and Jack O’Connell. The second, co-produced and starring Margot Robbie, focuses on a young man (Cole Finn) coming of age in the Texas Dust Bowl who becomes involved with a captivating fugitive bank robber.

The Credits recently spoke with Feinstein, who before launching Romulus was with BRON Studios, where he executive produced such standouts as Fences and Beatriz at Dinner. Here, he discusses being on set, partnering with Robbie and Ridley Scott, working with emerging filmmakers, and more.

What made you want to bring both Jungleland and Dreamland into being? It’s interesting that both these films have characters looking to escape their circumstances and improve their lives as a central theme.

I think that’s a very astute observation. In some respects, they’re also about family, right? Family is very important to me. Jungleland is about brotherhood. I have a brother and we grew up very close. The movie just spoke to me when I read the script, and it is about transcending your circumstances, circumstances that you don’t necessarily always control.

I also think that Dreamland says a lot about family, and about transcending your circumstances. In Dreamland, Eugene really wants to help his family’s circumstances — they are in such financial peril — and he also is desperate to try to find information about his father. But I think Dreamland’s more of a love story. He helps Allison because he falls in love with her. She’s like nothing he’s ever seen before.

As a producer, are you on set daily?

I physically produce every movie we make. I’m there, I’m on the ground. It’s an interesting dynamic for me, because my partner is the financial backer of the film. I have to wear that finance hat as well, but I also wear a creative hat and to me the creative is really, really important. So I’m there every day, through prep, production. I handle all delivery on the movies. I sell all the movies and promote all the movies.

Margot Robbie’s Lucky Chap was a co-producer of Dreamland. Tell me about what she brought to the film as both a fellow producer and a lead actor.

Margot was fantastic. She was so committed to this and worked so hard to help make the movie happen. And honestly, if it wasn’t for her being involved, this movie never would have happened. She found the script, she found the director. We were very fortunate about what she brought to the table, because she was incredibly active during the process and has been incredibly helpful in marketing the film. And she’s absolutely magnificent in the film.

And how was having Ridley Scott as an executive producer of Jungleland?

This is our second movie with Scot Free Productions, Ridley’s company. I grew to be very close with that group and I’ve learned a ton from Ridley. Having the benefit of spending time with Ridley, hearing his notes and the way he looks at films and his involvement, it’s more than you can ever even hope for as a master class in learning about film.

Jungleland is a tight, well-paced story that incorporates multiple genres: action, drama, crime thriller, romance. Was there a feeling it would attract a broad audience?

I think so. It’s funny that you ask that, because I was having that conversation earlier today with somebody. You know, these days people want things to fit very neatly in a box. I like things that are a little bit more of a rich tapestry. I think if you make something that’s just one thing, then you’re really hoping that that specific audience will find the movie and if they don’t then there’s really nothing in it for anyone else. And with Jungleland, it’s not a boxing movie. There’s not that much fighting in the movie. This is a movie about two brothers and one of them happens to be a fighter, and that fighting is sort of a microcosm of their lives, of all the things they’re fighting for and finding their way out. So I think there’s definitely something for everyone, in both of these films.

Charlie Hunnam and Jack O’Connell have great chemistry as brothers.

Yeah, they do. And they spent a lot of time together before we got started. They stayed together for a bit so they would connect and build that bond. Look, in a studio movie you have months and months and months of prep. We work much faster than that. When we have only four, five, six weeks of prep, we have to build it a lot faster. We don’t get the same benefit of time on an independent film as a studio film, so we have to build those relationships very quickly and very intimately.

The film’s co-writer/director is Max Winkler, who’s relatively new to feature filmmaking. How was it collaborating with him?

He had two films previously. I’ve definitely worked with directors with a wide range of experience. We’ve given a lot of filmmakers their opportunity to direct. We financed and produced Halle Berry’s directorial debut. We did Christoph Waltz’s directorial debut. Working with young filmmakers who are just emerging is very important for me with my company. We’re very filmmaker-driven.

Dreamland’s director, Miles Joris-Peyrafitte, has just a few credits as well. He was also a producer on the film and integrally involved with the score. What effect do you think his multihyphenate role had on the filming?

Miles is incredibly talented and was involved in all aspects of the film. This movie has his DNA all over it. Miles is a real auteur. He’s incredibly strong in his convictions and knew exactly what he wanted to do and how he wanted to do it. I was amazed at how young he was, but he was able to really take control, lead the crew, and everyone felt great about it.

Is it harder to make period films, such as Dreamland?

No, in some respects it’s easier because you know exactly what it’s gonna be. You don’t have to think too much about it. Like when it comes to the costuming, it’s very clear what people were wearing in terms of the fashions of the time. When you make modern-day movies from a fashion standpoint, you’re sort of setting the fashion tones and trends. So it just depends on what you’re trying to do.

You spent over two decades in investment banking in the entertainment industry. How do you think your experience on the money side has helped you on the creative side?

I know going in exactly what we’re going to need financially. I think that being able to be ahead of those conversations and being aware of what the talent needs so we can try to work it out in advance is a very, very helpful conversation. Most producers can’t do both the creative and the finance side, so to be able to do both I think is really special.

I spent a lot of time behind a desk, and now to have the opportunity to be part of that creative decision, to have the team trust you, to earn that respect creatively, is kind of the highest honor for me as a producer and why I do this every day.