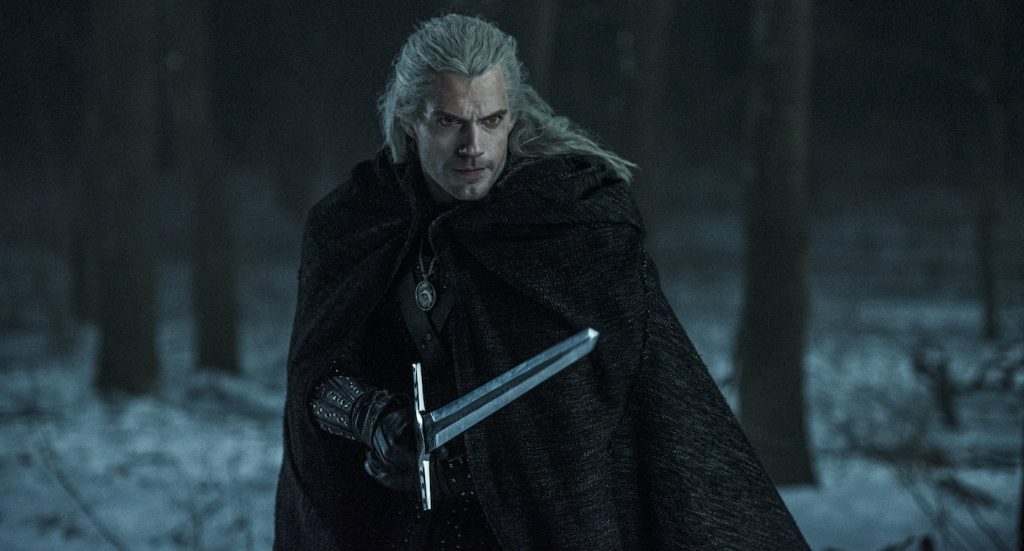 Henry Cavill took to Instagram today to try and disrupt our lunatic news cycle with something plainly good—a look at himself as The Witcher‘s Geralt in full armor. This monster-slayer is ready to roll for season two, revealing that Geralt will be rocking some brand new armor for the upcoming trials and tribulations he’s sure to face. We get one shot of Cavill’s Geralt facing us in his armor, a second from the back. Both show that the White Wolf favors dark armor. The man looks ready for business.

The Witcher—like just about every other production that was underway this past spring—shut down due to COVID-19. It was also one of the first big productions to get back up and running with new safety protocols. While the plot of season two is being kept secret, one piece of information that has been offered is that the second season will give us more of Geralt’s backstory. It will also, apparently, have a less complicated timeline than season one.

If you haven’t yet dug into The Witcher season one, now might be a perfect time. And no, you don’t need to be a hardcore fantasy fan or know a thing about Andrezj Sapkowski’s books from which the series is based. Starring Cavill and two potent female leads in Freya Allan and Anya Chalotra, The Witcher is a compulsively watchable and gleefully gritty fantasia. There are monsters. There are sorceresses. There are battles. The production design, costume, and both practical and special effects are excellent. And finally, the performances are stellar, from the three leads through the whole, sprawling cast.

Check out Cavill in his all armored glory below.

“‘It may turn out,’ said the white-haired man a moment later, ‘that their comrades or cronies may ask what befell these evil men. Tell them the Wolf bit them. The White Wolf. And add that they should keep glancing over their shoulders. One day they’ll look back and see the Wolf.’” – From the writings of Andrzej Sapkowski @WitcherNetflix #Witcher2

Here’s the official synopsis for The Witcher season 2:

Featured image: Henry Cavill is Geralt in ‘The Witcher.’ Photo by Katalin Vermes/Netflix.