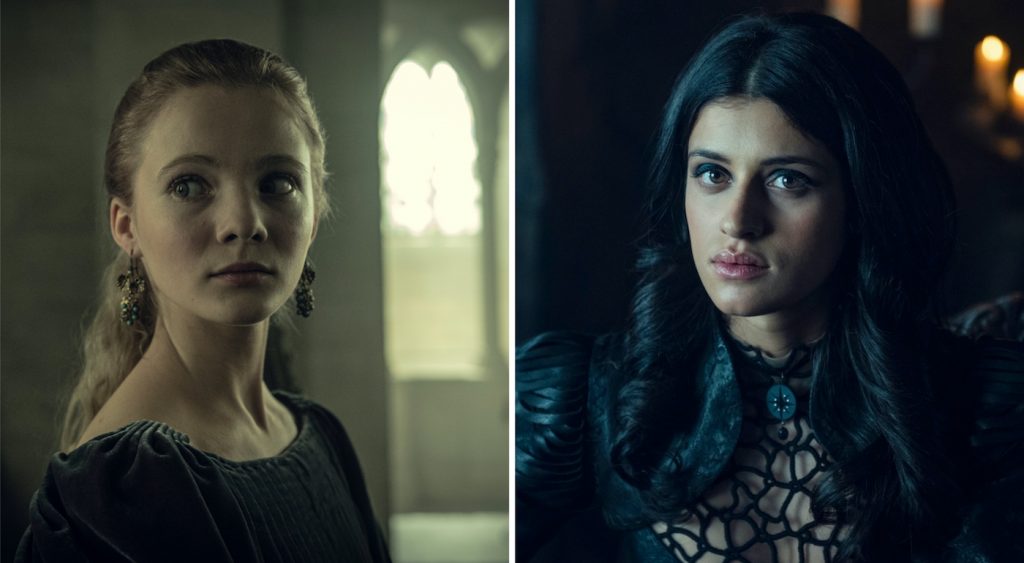 For millions of excited fans around the world, the first season of Netflix’s long-anticipated fantasy series The Witcher has not disappointed. The show is based on the best-selling novels and short stories by Polish author Andrzej Sapkowski, and the subsequent video games based on the stories, which have sold over 40 million copies worldwide. The Witcher follows three powerful individuals with colliding destinies living on a continent full of magic and monsters, where it’s hard to tell the heroes from the villains. Who is good and evil is unclear and is ever-shifting.

Henry Cavill plays the title character, Geralt of Rivia, a laconic, white-haired mutant and monster hunter who is very hard to kill, and only seems to confide in his horse Roach. Princess Cirilla is brought to life by newcomer Freya Allan. Also known as the Lion Cub of Cintra, she is the political pawn of a kingdom at war. To save herself, she must go on the run from the palace in which she was raised, finding a world for which she is entirely unprepared. Rounding out the lead cast is Anya Chalotra as Yennefer of Vengerberg, a sorceress who must learn how to control her magic and her emotions in order to be the most powerful mage on the continent.

Though this epic fantasy is inevitably being compared to Game of Thrones, showrunner Lauren Schmidt Hissrich says they are markedly different, particularly in tone. Schmidt Hissrich, who has already signed on for a second season, says her former work on The Umbrella Academy and Daredevil taught her how to do adaptations of properties that are really beloved by fans, making sure to honor what they really love about the material. In an interview with Freya Allan and Anya Chalotra, the two actors spoke to The Credits about the best ways the series expands upon what The Witcher fans already know.

While in the books and short stories Ciri and Yennefer are only seen from Geralt’s perspective, in this series they have their own storylines, and audiences get a better sense of their personal histories. Both are strong in ways that will be inspiring to female viewers. Says Chalotra, “Ciri and Yennefer have stories that are independent from Geralt. You don’t meet them through him. They have their own wants, needs, and desires, and they take on the power of choice to dictate their own futures. They aren’t afraid to say no.”

In particular, she appreciates Yennefer’s complexity. “Yennefer is very unapologetic, and in her case, that’s a huge strength. She’s not afraid to be angry and exercise her rage, and show those feelings and emotions. She’s very independent and comfortable in her own body. I definitely am learning a lot from her.”  Allan loves what Ciri offers to young female viewers. “I think younger girls will be inspired by how her voice expands, and how she stands up for herself to guide her own destiny over the course of the whole show. She has a lot of people in her life that have the power to dictate her future for her, tell her what to do, and restrict her, but ultimately she decides what she’s going to do with her future. It’s such an exciting journey.”

For Ciri, the power of discovery is integral to her development and expansion. Having come from a sheltered childhood, where she has only had access to a very narrow view of the world, being exposed to a wider diversity of people and perspectives has a huge impact on her growth. Allan explains, “Her experiences will open her mind, and help her understand the world better, but the cost is in seeing just how brutal it can be. She sees such horrible things. She discovers things about her family and things in her past that she took for granted as the truth. They are all put into question. She has been harmed by the people she loves, so there’s suffering involved. There’s incredible sadness. These emotions she’s never been expected to deal with or integrate before are the catalyst for who she will become.” The many facets of what truth means will become evident to her character. “Ciri has lived in a world where there is one truth, but there are so many other perspectives. She is journeying through a complex web of truths from those she encounters, and none of them are completely right or wrong.”

For Chalotra, Yennefer finds power through examining and harnessing her weaknesses. “Vulnerability is absolutely key to her discovering her powers and what they mean to her, and actually we figure out that her main source of power lies in her insecurities.” Part of her character arc relates to her difficult childhood, which viewers will see up close in this expanded version of her story. Explains Chalotra, “She didn’t get the love that every child deserves from her own father. That wound, not getting that love, creates deep insecurity. Her strongest desire is to be loved and find a true connection, which she doubts is even possible. All those fears, which are so intense, and create so much desire, make her the most powerful mage on the continent, and set her apart from any other mage.”

Both actors say they are anxiously looking forward to the premiere, and can’t wait for fans to see how these beloved characters are brought to life on the show.  Allan mentions being proud of the first episode in particular. “It’s my favorite. I think it sets up the world of The Witcher in a way that will get everyone really into the journey we will be taking.”