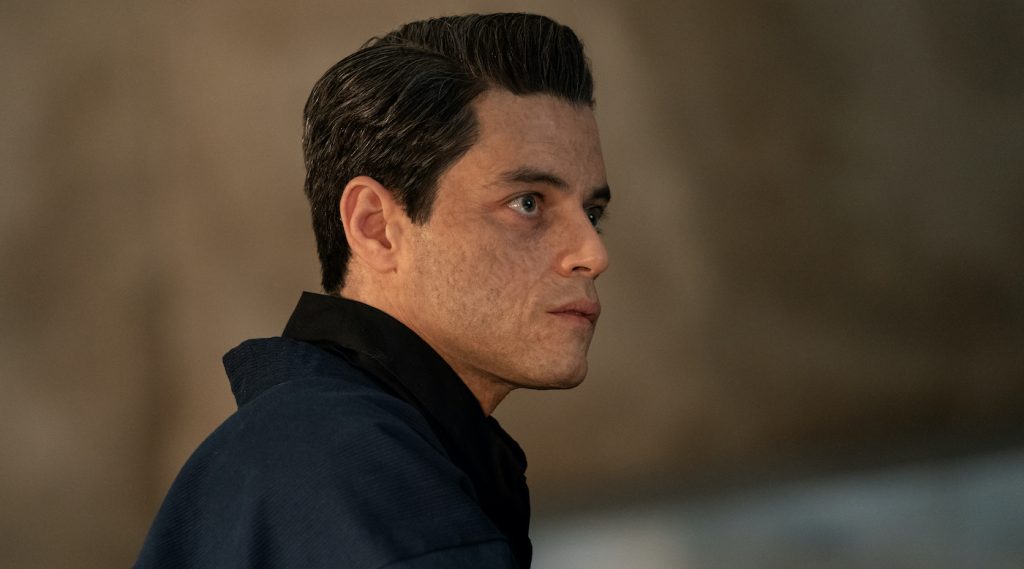 “What I really wanted from Safin was to make him unsettling,” Rami Malek says at the top of this brand new No Time To Die teaser devoted solely to his villain. Like many of the best villains, Malek reveals that his Safin actually thinks of himself as the hero. (It’s the rare villain that doesn’t—it’s why Heath Ledger’s Joker remains so indelible, he was just a psychopath that wanted to watch the world burn.) For Safin, “what he wants and what he’s willing to do makes him a very frightening character, both personally to Bond but also on a global level,” says co-writer and director Cary Joji Fukunaga. From everything we’ve seen of this film—especially that sizzling second trailer—we have every reason to believe that Safin will be a fantastic villain.

Check out the Safin teaser here:

No Time to Die needed a really, really good villain considering this will be Daniel Craig’s final turn as James Bond. The 25th installment of this venerable franchise will also be the longest Bond film in history. The last trailer revealed that two of Bond’s new allies in this film—Lashana Lynch’s Nomi and Ana de Armas’s Paloma—will be as lethal as he is. That’s good—he’ll need all the help he can get with Safin.

“There’s a quality about Safin. He has a certain philosophy on how he can make the world a better place that could benefit everyone, including James Bond himself,” Malek said in a previous teaser. “Some would call him malicious and ruthless, but I don’t think he sees his actions that way at all. If anything his ruthlessness is a by-product of a ruthlessness he might have had in his own life at some point.”

How he could make the world a better place for everyone, including James Bond himself, is an intriguing premise. As we stated up top, the bad guy who believes he’s a good guy is both rooted in historical fact (the monsters of history rarely believe in anything as ferociously as they do the righteousness of their own cause) and in great cinema that pits good versus evil. It’s been reported previously that Malek was adamant about Safin being motivated by something other than religious belief; the notion that he himself is the victim of trauma, and he believes he’s just trying to do what’s right for the world, makes him a potentially more difficult foil for Bond than even the likes of Blofeld.

We’ll know more soon. At long last, Bond is back on November 20.