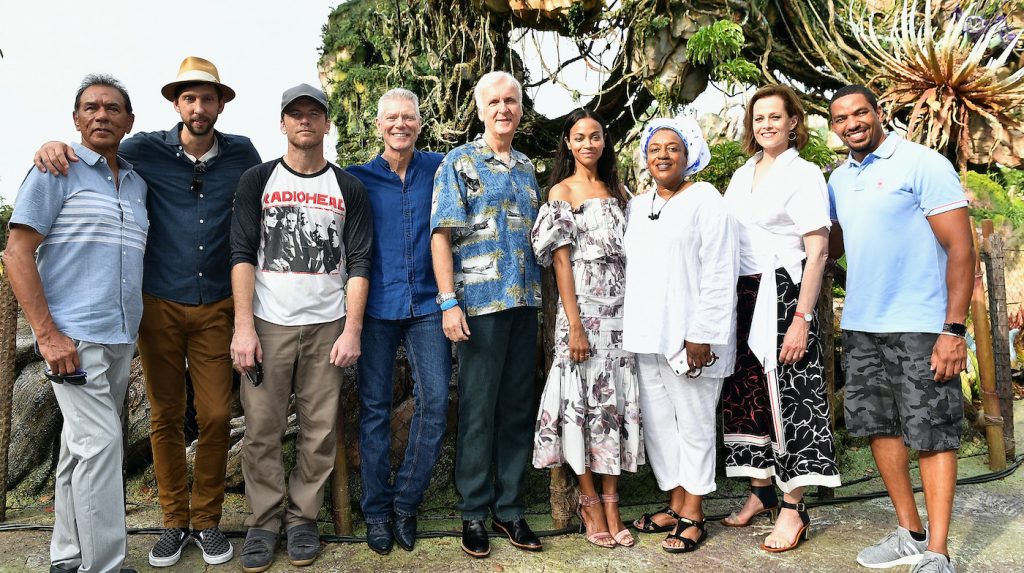 Who better for James Cameron to reveal the nearly complete status of his next two Avatar films than old buddy Arnold Schwarzenegger? That’s precisely what happened when Cameron sat down to have a virtual chat with Schwarzenegger during the 2020 Austrian World Summit. Cameron was speaking with his old Terminator and T2 collaborator from New Zealand, where he said he was “100% complete on Avatar 2 and sort of 95% complete on Avatar 3.”

Cameron and his Avatar 2 and 3 cast and crew had lost about four and a half months due to COVID-19. This, of course, meant the release date for Avatar 2 has been subject to change, eventually ending up with a December 16, 2022 release date, while Avatar 3 will bow on December 20, 2024. The final two installments in Cameron’s franchise are due in 2026 and 2028 respectively.

Cameron has been praising the way his Avatar sequels host country, New Zealand, has handled the pandemic. “We’re very lucky in that we chose this as our production site years ago. We made the first film here in New Zealand and it turns out to be ranked first or the second-best country in the world for its COVID response.” The country has been essentially virus-free since June, with an outbreak in August contained quickly.

Cameron and his producer Jon Landau have been keeping fans up to speed on their efforts to restart production since this past June, and with the country’s help have shepherded their cast and 55 crew members through the back-to-back shoots on the sequels. He told Schwarzenegger that he was confident both films would be finished.

If you were hoping for any spoilers, or even plot details, about the sequels, Cameron was naturally tight-lipped. “I can’t tell you anything about the story,” he told Schwarzenegger. “I believe in the mystery and the great reveal.”

Check out the full video of Cameron’s chat with Schwarzenegger here:

For more on Avatar 2, check out the below:

New Photo From The Set of Avatar 2 Reveals Sigourney Weaver