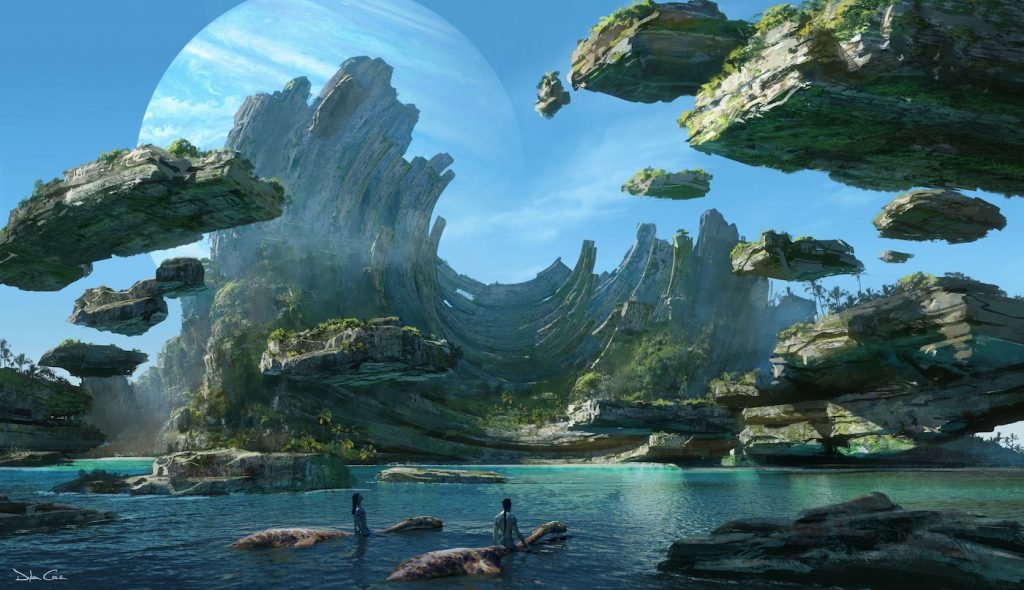 Last week it was the brand new Crabsuit, this week, it’s the High Camp Bio Lab. Things are really cooking on the set of Avatar 2 in New Zealand, and producer Jon Landau is making sure we’re being kept up to speed on director James Cameron’s long-simmering sequel.

Cameron is genuinely obsessed with the natural world. This was evident in his box-office smashing Avatar, released in 2009 and revealing the Na’vi tribe and their lush planet of Pandora. Avatar 2 and the rest of the sequels (he’s planning on capping his quintet with Avatar 5) will bring to bear all the latest technology and everything Cameron has learned in the past 11 years since the original film came out. That’s why nearly every image we see from set looks something like this:

From the set of the Avatar sequels: Last year during underwater performance capture, still photographer Mark Fellman snapped this photo of @BritainDalton, who plays Lo’ak. pic.twitter.com/0pBt8wwAqa

WIDE SHOT: Our High Camp Bio Lab set on stages in New Zealand. SECOND SHOT: Jim studying the set before filming. A salute to the Kiwi crew for their attention to the artistry of their crafts.

“This is the story of the Sully family and what one does to keep their family together. Jake and Neytiri have a family in this movie, they are forced to leave their home, they go out and explore the different regions of Pandora, including spending quite a bit of time on the water, around the water, in the water. I think, why do people turn to entertainment today, more so than ever? I think it’s to escape, to escape the world we’re in, to escape the other pressures they have in their lives…I think with Avatar, we have an opportunity to allow people to escape to an incredible world with incredible characters that they will follow, in much the same way as Peter Jackson was able to do with Lord of the Rings, so that’s what we’re looking forward to doing.”

For more on Avatar 2, check out the below:

New Photo From The Set of Avatar 2 Reveals Sigourney Weaver