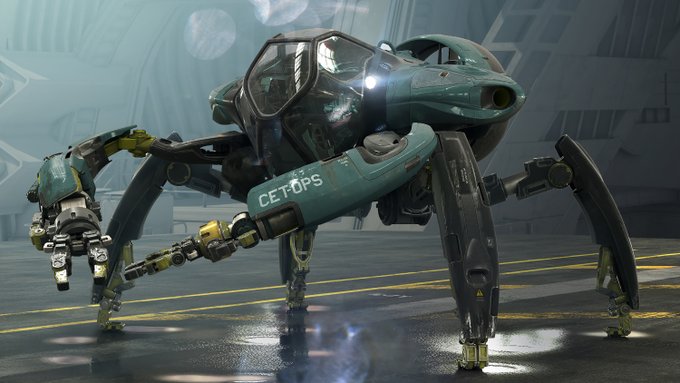 James Cameron’s Avatar 2 resumed filming in New Zealand in late May. Since then, producer Jon Landau has been a one-man Avatar update machine, revealing photos from set that have kept us apprised of what’s happening with Cameron’s long-gestating follow-up. The latest is a look at the brand new submersible the “Crabsuit.”

It’s well known that Cameron is a real-life ocean adventurer, having piloted a minisubmarine of his own design to the bottom of the planet’s deepest recess some seven miles beneath the western Pacific Ocean in 2012. This was a record-breaking dive at the time. (Cameron, as competitive as he is ambitious, recently challenged the new record-holder for the world’s deepest dive.) In his Avatar sequels, Cameron is once again putting nature front and center, especially the mesmerizing aquatic world he adores. Thanks to Jon Landau, we now have a glimpse of a brand new piece of technology that will be deployed in the sequel. Behold the “Crabsuit”:

The Crabsuit: A human driven multifunction submersible. One of the many new RDA vehicles that will be seen in the Avatar sequels.

Thanks to Producer @JonLandau for sharing this concept art! pic.twitter.com/8RwZ38nizj

If you’re wondering what RDA stands for, we’ve got you—that’s the Resources Development Administration in Avatar, the organization charged with exploring the alien planet of Pandora.