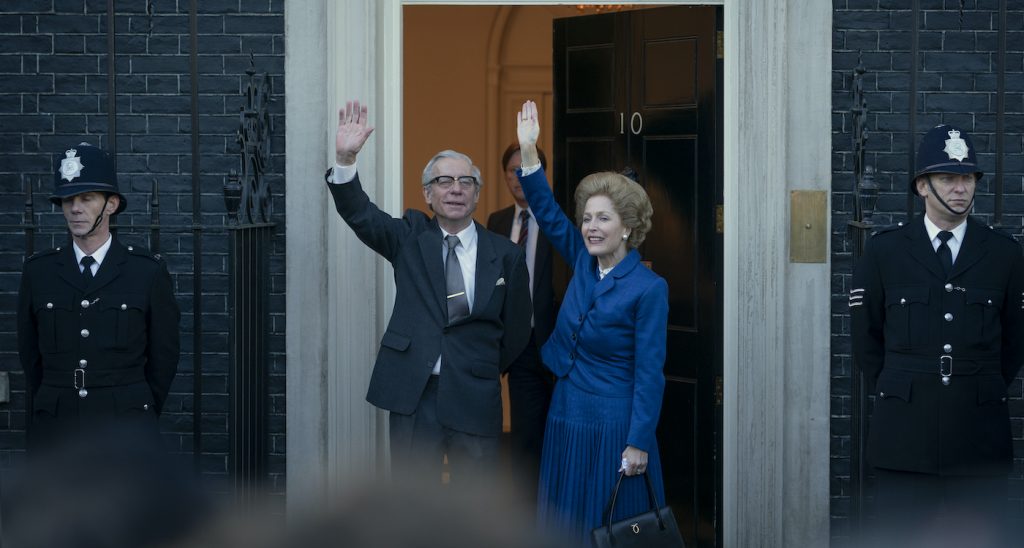 The cast of the splendidly written, gorgeously produced, exquisitely attired The Crown has been so good for so long it’s almost easy to take it for granted. For example, the recent news that the extremely talented Elizabeth Debicki would be playing Princess Di for The Crown’s final two seasons added yet more acting firepower to a show that’s already lousy with it. Yet still, it’s pure joy to get a glimpse of a bevy of new photos for season 4, just released by Netflix, especially the image of Gillian Anderson as British Prime Minister Margaret Thatcher. The coif! The poise! The potent blueness of her clothes!

We’ve got the photos and a synopsis for the upcoming season for you below. Season 4 premieres on November 15, 2020.

Here’s the synopsis for The Crown season 4: