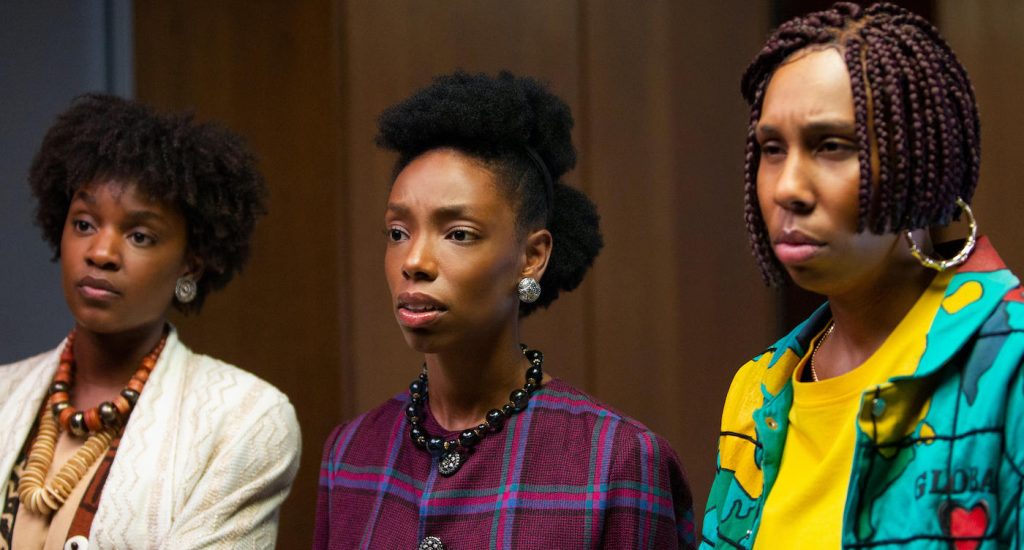 This summer we had the pleasure of interviewing both actress/producer Laverne Cox and writer/director Justin Simien. Both of these ultra-talents mentioned Bad Hair, Simien’s upcoming horror film which he wrote and directed, and in which Cox plays Virgie, a hairdresser who gives Anna (Elle Lorraine) a cut she won’t soon forget. Now, Hulu has dropped the first official teaser for the film, giving us a glimpse of what had Cox so excited about this film when we spoke to her.

The conceit is this—Anna is a young woman starting out in the world of music television in 1989. She really wants to be successful, yet believes the only way to do this is to straighten her natural hair so she’s more “appealing” to larger swath of the TV-watching public. Yet her weave has other ideas. From this simple premise, Simien weaves a horror-comedy that has plenty to say about what it’s like to be a Black woman, then and now, with a powerhouse lead performance by Lorraine.

Bad Hair hits Hulu on October 23. Check out the teaser below:

Here’s the official synopsis from Hulu:

In this horror satire set in 1989, BAD HAIR follows an ambitious young woman (Elle Lorraine) who gets a weave in order to succeed in the image-obsessed world of music television. However, her flourishing career comes at a great cost when she realizes that her new hair may have a mind of its own.

BAD HAIR is written and directed by Justin Simien. Simien also serves as a producer alongside Julia Lebedev, Angel Lopez, and Eddie Vaisman. Executive Producers include Leonid Lebedev, Oren Moverman, and Alex G. Scott. The film is produced by Sight Unseen in association with Culture Machi