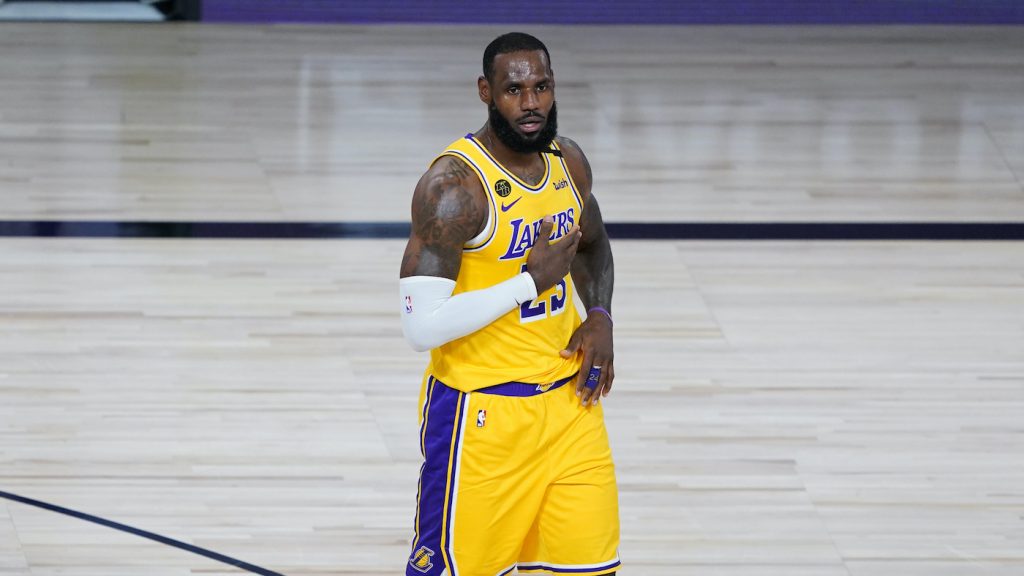 In case you missed the news last night, we got our first glimpse at LeBron James in the Tune Squad jersey during an event for the LeBron James Family Foundation. LeBron is starring in Malcolm D. Lee’s Space  Jam: A New Legacy, his sequel to the 1996 classic starring Michael Jordan. In a brief video, we see James walking towards the camera in the Tune Squad’s multichromatic jersey.

There’s a lot of excitement for Lee’s sequel, considering the talent involved. It starts, of course, with James, but includes Black Panther co-writer and director Ryan Coogler, who co-wrote A New Legacy‘s script with his Fruitvale Station collaborator Sev Ohanian. Coolger not only co-wrote the film, but he also produces alongside James. And the score comes from none other than Hans Zimmer and When They See Us composer Kris Bowers. This is a seriously talented squad!

Would it be the Family Reunion without a special surprise?! @mavcarter gives our I Promise families the first ever look at @KingJames in his @spacejammovie ‘A New Legacy’ jersey! 👀🔥 pic.twitter.com/XsPYL1dvcU

Featured image: LAKE BUENA VISTA, FLORIDA – AUGUST 10: LeBron James #23 of the Los Angeles Lakers reacts after a basket against the Denver Nuggets during the first half at The Arena at ESPN Wide World Of Sports Complex on August 10, 2020 in Lake Buena Vista, Florida.