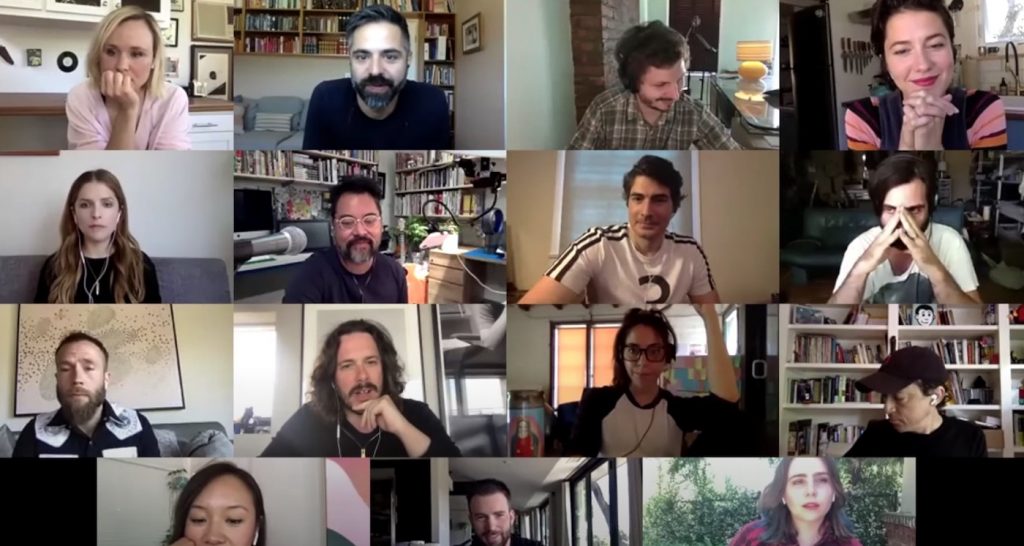 This “Scott Pilgrim vs. The World” Reunion Table Read is a Must-Watch

Much of the news in the film and TV world has been pretty bleak as of late, so why not enjoy something that’s just absolutely and totally joyous? That, my friends, is what this Scott Pilgrim vs. The World reunion table read is—pure, undiluted happiness. Co-writer/director Edgar Wright‘s beloved 2010 flick featured a veritable smorgasbord of talent, and nearly all of them returned for this giddy virtual table read. You can watch the entire thing below.

Wright, co-writer Michael Bacall,  and comics creator Bryan Lee O’Malley are on hand along with almost the entire cast. You want  Brandon Routh in costume? You’ve got him. Routh joins Chris Evans, Michael Cera, Anna Kendrick, Mary Elizabeth Winstead, Ellen Wong, Jason Schwarzman, Aubrey Plaza, Alison Pill, Mark Weber, Mae Whitman, and Satya Bhabha. And here’s the thing—this isn’t just some goof. Everyone is really committed to investing this table read with the energy they would if they were prepping to shoot this film in the coming weeks.

Not only does this table read to celebrate the film’s 10th anniversary, but the virtual reunion was put together by Entertainment Weekly and the charity Water for People, a global nonprofit doing the crucial work of supplying clean water and sanitation solutions to communities across the world. So you get to laugh and feel good. Here’s what Alison Pill has to say about the charity: “We are here to support Water for People. This pandemic has laid bare the huge gaps in critical infrastructure and one of the best ways to prevent the spread of disease isn’t available to over three billion people. They don’t have clean water, so they can’t wash their hands, they don’t have sanitation solutions so diseases can spread quickly.”

Scott Pilgrim vs. The World is currently streaming on Netflix, and we’re guessing you’ll want to watch or re-watch the film after you check out the table read.

Featured: The cast of Scott Pilgrim vs. The World do a virtual table read. Courtesy Universal.