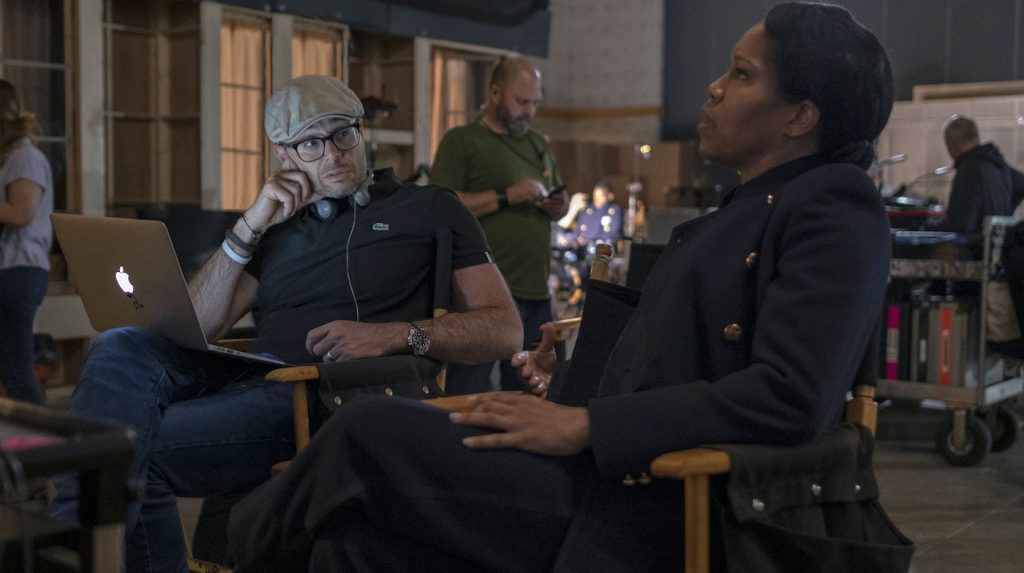 HBO received four Peabody Awards this year, which tied it for the most of any cable network or streaming platform. The awards went to three of their very best series—Chernobyl, Succession, and Watchmen—and the documentary True Justice: Bryan Stevenson’s Fight for Equality. For Watchmen, one of 2019’s best shows, period (remember 2019?), creator Damon Lindelof and his star Regina King accepted the award in a charming video from their homes that we’ve embedded below for your viewing pleasure. The series was a brilliant, bold adaptation of Alan More and Dave Gibbons’ masterwork graphic novel, with Lindelof and his team using their iconic story as a launching pad to explore race in America. In fact, the entire engine of Watchmen‘s story was built upon the 1921 massacre of black residents of Tulsa—which we first see through the eyes of Will Reeves [Danny Boyd Jr.], and upon which the entire, multigenerational saga churns.

The Peabody Awards called Watchmen a “frank, provocative reflection on contemporary racialized violence, the role of police, and how Americans understand their place in the world after a large-scale disaster.” It’s important to note that King and Lindelof’s acceptance speeches were filmed before George Floyd was murdered by Minneapolis police officer Derek Chauvin and the subsequent protests against police brutality that rose up around the country, and the world. Yet because Watchmen deals directly with racism and the often un-taught massacre in Tulsa, both King and Lindelof’s speeches don’t seem delivered from another planet.

“This show not only evoked thought and conversation but exposed history that had been forgotten, all while we were able to entertain,” King says.

“Tulsa became the foundation of a new interpretation of Watchmen, reframing the traditional superhero origin story, born not from the aftermath of an exploding fictional planet but from the ashes of a very real place in Oklahoma that was erased from history 100 years ago,” Lindelof says. “It is in the memory of the lost lives of Greenwood — not victims, but mothers and sons and fathers and daughters and doctors and lawyers and journalists and veterans — that we dedicate this award.” Lindelof also notes that it was his creative partners that helped make Watchmen such a must-see, and ultimately led to all the accolades. He ends his portion thanking his team, “all of whom agreed this was not my story to tell, so they stepped forward and told it themselves, with candor, authenticity, and grace. I have never been more honored in my life to shut the hell up and listen.”

Featured image: Damon Lindelof and Regina King on the set of ‘Watchmen.’ Photograph by Mark Hill