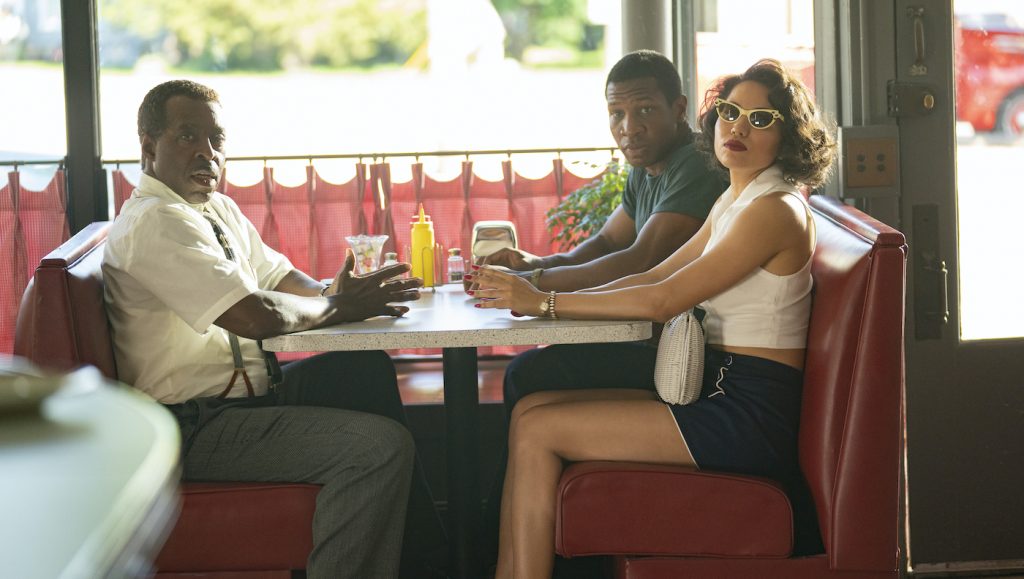 We all can see with our own eyes what’s happening in America right now. In the middle of a global pandemic that has devastated the world and the country, taking the lives of more than 100,000 Americans and disproportionately affecting Black, Hispanic, Latino and Indigenous communities, we are also witnessing protests against police brutality in the wake of the murder of George Floyd by members of the Minneapolis Police Department. In the entertainment industry, it’s for this reason that Warner Bros. has made their January release Just Mercy, about trailblazing civil rights attorney Bryan Stevenson, free to rent. It’s for this reason why major stars like John Boyega, who was born in London to parents of Nigerian descent, have made their voices heard loud and clear. And it’s into this reality that HBO has revealed the teaser for Lovecraft Country, a series that follows three Black Americans driving cross-country in 1950s Jim Crow America in search of a missing father.

Lovecraft Country is based on the book by Matt Ruff and tracks the journey of a young veteran named Atticus (Jonathan Majors), his friend Letitia (Jurnee Smollett), and his uncle George (Courtney B. Vance) as they search for Atticus’ missing father (Michael K. Williams) through the Jim Crow-era South. Hardly just a (dangerous) road trip show, Lovecraft Country digs beneath the rotting foundations of America and brings up the ghosts, monsters, and more.

Considering the book and series’ title namechecks H.P. Lovecraft, the legendary and highly problematic author of some of the most disturbing cosmic horror stories ever published in America, you can bet Lovecraft Country will get weird. With Jordan Peele on board as co-creator and executive producer, you can be sure this series will be ambitious and fearless. The trailer reveals that the story of Lovecraft Country isn’t merely about Atticus’s search for his missing father, but about the family’s secret birthright and America’s history of racism, all twisted into one tale. The suggestion here is that racism is the monster America cannot outrun and that it’s baked into the very foundation of the United States. So yeah, Lovecraft Country is coming at a particularly fraught time.

Lovecraft Country was created by Peele and Underground creator Misha Green. Joining Peele as an executive producer is J.J. Abrams. We’re still waiting on word for the official premiere date, but for now, you can feast your eyes on the trailer:

HBO’s new drama series, LOVECRAFT COUNTRY, based on the 2016 novel by Matt Ruff of the same name, debuts this August. The series follows Atticus Freeman (Jonathan Majors) as he joins up with his friend Letitia (Jurnee Smollett-Bell) and his Uncle George (Courtney B. Vance) to embark on a road trip across 1950s Jim Crow America in search of his missing father (Michael Kenneth Williams). This begins a struggle to survive and overcome both the racist terrors of white America and the terrifying monsters that could be ripped from a Lovecraft paperback.