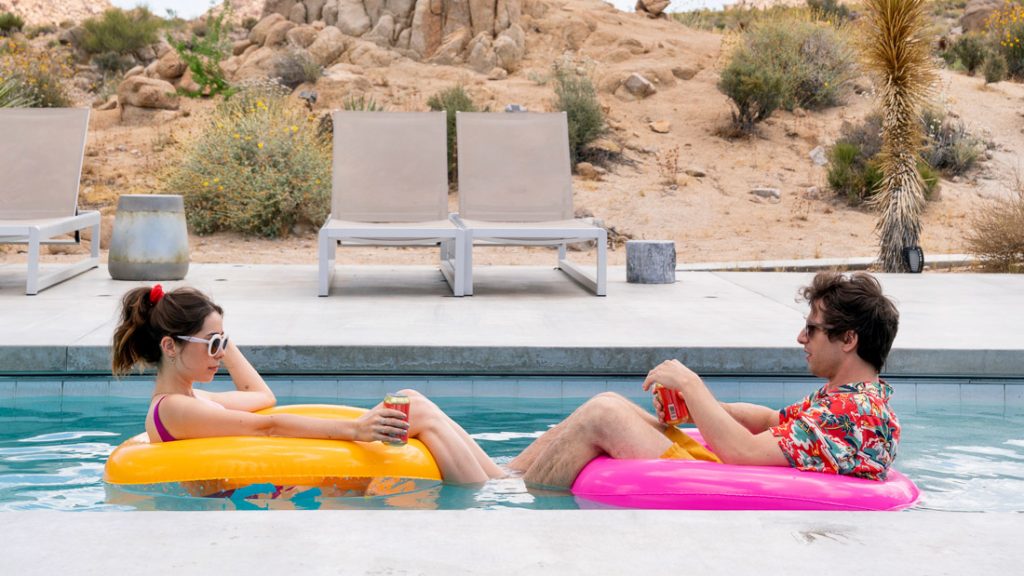 Way back four millennia ago, Palm Springs, a film directed by Max Barbakow and starring Andy Samberg and Cristin Milioti, broke a Sundance sales record when it sold to Hulu and Neon for $17.5 million this past January. Now, you can check out the first trailer and see what all the buzz was about. Palm Springs finds Samberg and Milioti in an existential comedy set in the California desert that takes a beloved film conceit (more on that in a second) and adds a dash of irreverence and a slew of excellent performances. The basic outline is this: Nyles (Samberg) meets Sarah (Milioti) at a wedding, she’s the maid of honor but a total black sheep, and Nyles is a weirdo but in a likable, Sambergian way. They click. They head out to the beach at night and that’s when things get weird. Now look, if you want to know absolutely nothing more about this film—because the trailer gives away the conceit—stop here.

Okay, here’s the thing with Palm Springs—it’s a time loop movie. Like Groundhog Day, Nyles and Sarah are stuck in Palm Springs at this wedding venue, day after day after day.  No matter what they do, no matter how careless they are with their lives, they keep waking up on the day of the wedding.

When the movie premiered at Sundance, there was considerable effort by critics not to spoil the film’s Groundhog Day-like premise, but the trailer reveals that and more. It’s currently sitting at a 100% fresh rating on Rotten Tomatoes, with Variety‘s Peter Debruge writing that “Palm Springs is to time-loop movies as Zombieland was to the undead genre: It’s an irreverent take on a form where earlier iterations were obliged to take themselves seriously.” Now, we’re not so sure that Harold Ramis’s Groundhog Day was taking itself that seriously, but we get his point. Yet Palm Springs isn’t just a time-loop story, it’s also a romantic comedy, a genre that has been on life support for a while now. The film works in that genre, too, as far as the critics are concerned. Hulu and Neon sure seem to think so.

So, see what all the fuss was about. Palm Springs will premiere on Hulu and in select drive-in theaters on Friday, July 10.