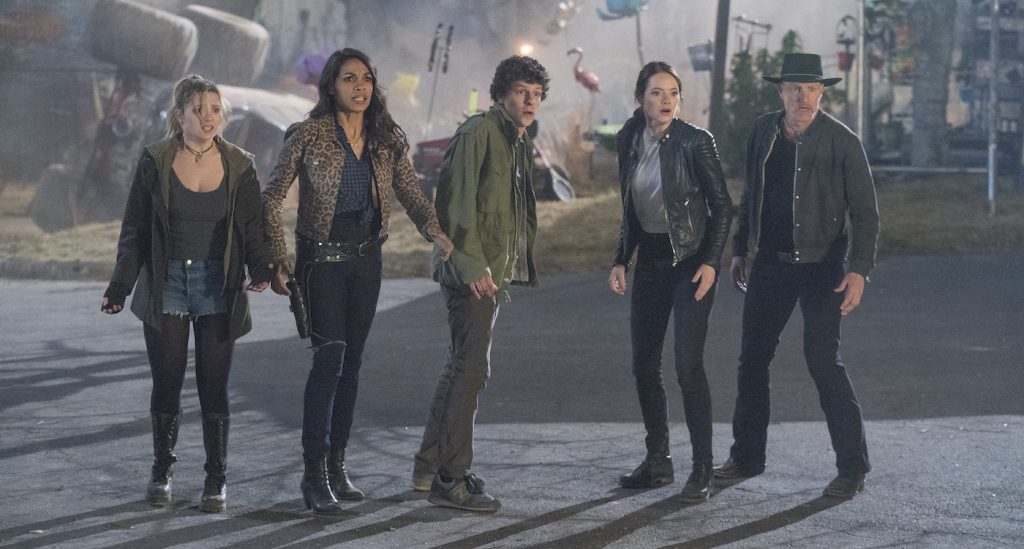 The early reactions to Zombieland: Double Tap were positive, but now we’ve got some proper reviews coming in. Director Ruben Fleischer’s sequel brings back your returning champions from the 2009 original—that’s Emma Stone as Wichita, Abigail Breslin as Little Rock, Woody Harrelson as Tallahassee, and Jesse Eisenberg as Columbus—and adds a slew of fresh faces to the mix. The results have netted largely strong reviews, which have more or less all hailed not only the comedic chops of the original cast but the newcomers, too.

Double Tap picks up roughly ten years after the original, with our four survivors together and living in new digs…the White House. They’re dealing with new-and-improved zombies, romantic tensions (Columbus wants to marry Wichita, but she’s not so sure), parental-ish tensions (Little Rock needs friends her own age, Tallahasse’s gruff parenting style bugs her), and, you know, the ambient tension of living in a post-apocalyptic world. So there’s your set up. Soon enough they’ll encounter other survivors—Zoey Deutch’s Madison, who joins the crew and immediately stirs up feelings in Columbus, and Rosario Dawson’s Nevada, who seems to be even tougher than Tallahassee. There’s also Luke Wilson and Thomas Middleditch, who play bizarro doppelgangers of Tallahassee and Columbus.

Now that you’re caught up, let’s take a brief, spoiler-free stroll through the critical reaction to see what folks are saying:

Entertainment Weekly‘s Leah Greenblat: “For all the flying intestines and skulls that split open like past-due melons, Double Tap has another squishy organ at its center: a big, goofball heart.”

The Hollywood Reporter‘s John DeFore: “Rounding up all the original’s stars and throwing several more surviving human characters into the mix, the pic is plenty entertaining for those of us who, paradoxically, find zombies comforting in dark times.”

Collider‘s Matt Goldberg: “The original creative team and cast of actors have reunited for another fun mishmash that’s surprisingly delightful even if it never feels necessary.”

IGN Movies‘ Simon Thompson: “While it doesn’t quite achieve classic status in its own right, when it comes to sequels that do the original film justice, it is up there. It’s worth the wait, your time and your money.”