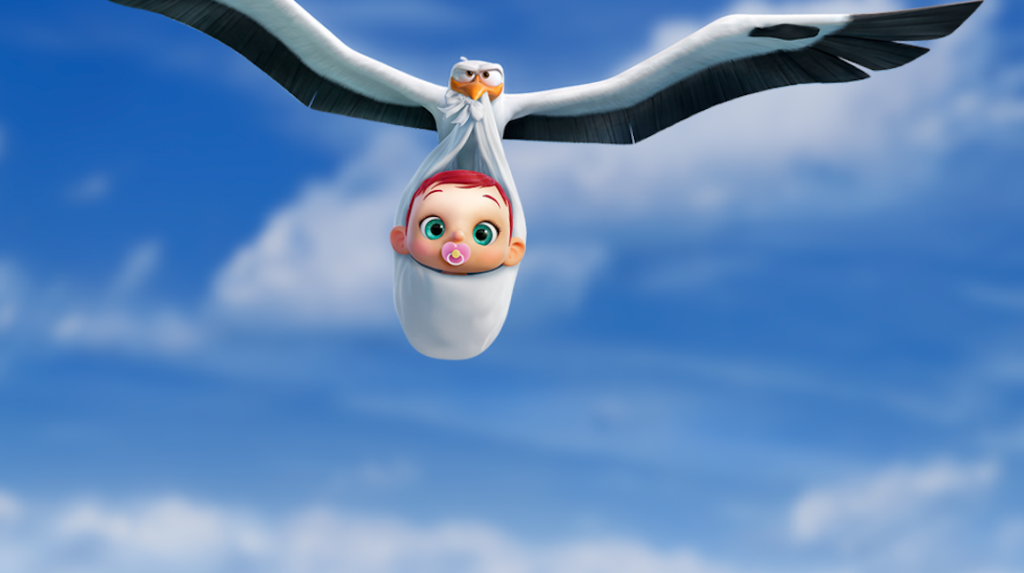 There’s a new family movie about delivering babies, which is less strange than it sounds.

Warner Bros. Pictures delivered the second trailer today for Storks, the upcoming animated movie that's literally about the journey of a bird named Junior (voiced by Andy Samberg, which is impossible to ignore) tasked with delivering a baby to its parents. The only problem is that delivering babies is sort of a dying career for the storks, who now deliver packages for a retail company called Cornerstone. But then Junior accidentally activates the Baby Making Machine, which – you guessed it – produces a little girl that he suddenly has to get home.

Now Junior must deliver a baby to her family for the first time in his career without his boss finding out. He enlists the help of his friend Tulip, a human named after a flower who lives on an island entirely populated by birds, in case that wasn’t clear. Take a look at a preview of the unlikely group’s adventure below; it’s probably a little less graphic and a lot less painful than the actual miracle of life.

Storks was directed by Nicholas Stoller (known for Forgetting Sarah Marshall) and also stars Jordan Peele, Jennifer Aniston and Kelsey Grammer. This bundle of joy arrives in theaters on Sept. 23.