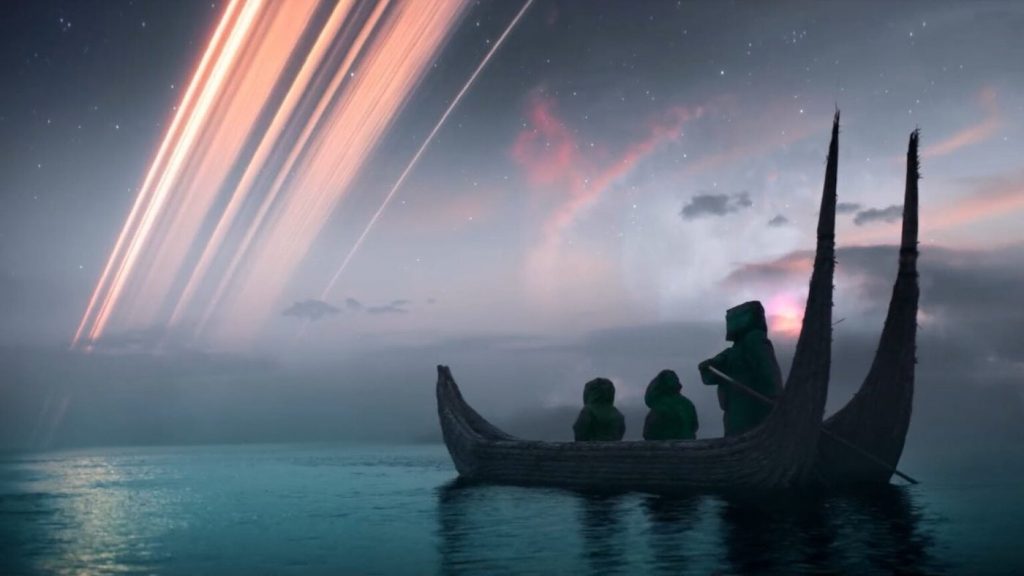 If you’re a fairly new streaming service and you’re prepared to go all-in on an epic sci-fi series, you could hardly pick better source material than legendary sci-fi author Isaac Asimov’s “Foundation” series. In fact, many consider it the greatest work of science fiction ever produced. This is precisely what Apple TV+ has done, and the first trailer for their adaptation reveals a hugely ambitious new show with excellent performers and the kind of big-budget production design and visual effects we now want and expect from our television series.

The series comes from a who’s who of ace creators and performers, including executive producer David S. Goyer, the man who helped Christopher Nolan craft Batman Begins and The Dark Knight. The saga stars the great Jared Harris as Harri Seldon; Lou Llobell as Gaal; Leah Harvey as Salvor; Laura Birn as Demerzel; Lee Pace as Brother Day; Terrence Mann as Brother Dusk; and Cassian Bilton as Brother Dawn. Foundation charts the story of a “band of exiles on their monumental journey to save humanity and rebuild civilization amid the fall of the Galactic Empire,” according to the synopsis. If that talk of a Galactic Empire reminds you of a certain iconic film saga, well, more on that in a second.

Speaking of Christopher Nolan—his brother Johnathan, no slouch in the sci-fi department (he’s the co-creator of Westworld, after all) was at one point going to attempt to adapt Asimov’s “Foundation” series for a film. As Goyer says in the trailer, “people have been trying to make Foundation for over 50 years,” and it influenced none other than George Lucas’s Star Wars. Now, thanks to a plethora of streaming services with the money to fund stories of this scale, Foundation has finally found its home.

Apple TV+ released the trailer at its Worldwide Developers Conference. Production on Foundation was halted due to the spread of COVID-19 back in March, and as of yet, there’s no premiere date. The trailer is chock-a-block with arresting images and promises we’ll be seeing Foundation in 2021. After seeing this, we hope that’s the case.