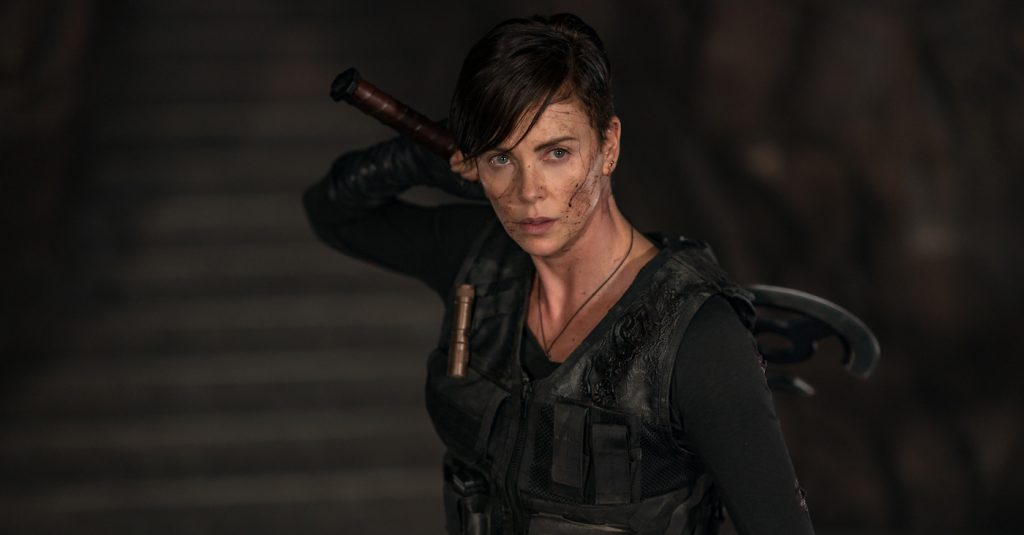 Ever since Charlize Theron pulled off one of the great lead performances in an action movie in Mad Max: Fury Road (in our humble estimation, the action movie of the century) playing the literal road warrior Furiosa, we’ve thrilled at seeing her in roles that utilize her action chops. She was dynamite in David Leitch’s Atomic Blonde and was the villain to beat all villains as Cipher in The Fate of the Furious that same year. Now, she’s starring in Netflix’s latest action epic The Old Guard, from director Gina Prince-Bythewood and based on the graphic novel series of the same name by Greg Rucka and Leandro Fernandez (and adapted by Rucka). The first trailer reveals Theron as Andy, the leader of a covert group mercenaries who have some very special skills, one of which is they’re essentially unkillable. They’ve been around for a long, long time, plying their deadly trade in the shadows. Until now. In a world that’s become increasingly hard to disappear in, Andy and her titular Old Guard are on the run. A new potential recruit, Nile (If Beale Street Could Talk‘s Kiki Layne) might be the key to their survival.

With a cool concept, a great cast (joining Theron and Layne are Marwan Kenzari, Luca Marinelli, Harry Melling, Van Veronica Ngo, Matthias Schoenaerts, and Chiwetel Ejiofor), the key to all of this is director Gina Prince-Bythewood. She did incredible work in Love & Basketball and Beyond the Lights, and it’ll be great to see what she’s done here with such a stellar cast and a cool story.

Check out The Old Guard trailer below. It’ll premiere on Netflix on July 10th.

Led by a warrior named Andy (Charlize Theron), a covert group of tight-knit mercenaries with a mysterious inability to die have fought to protect the mortal world for centuries. But when the team is recruited to take on an emergency mission and their extraordinary abilities are suddenly exposed, it’s up to Andy and Nile (KiKi Layne), the newest soldier to join their ranks, to help the group eliminate the threat of those who seek to replicate and monetize their power by any means necessary. Based on the acclaimed graphic novel by Greg Rucka and directed by Gina Prince-Bythewood (LOVE & BASKETBALL, BEYOND THE LIGHTS), THE OLD GUARD is a gritty, grounded, action-packed story that shows living forever is harder than it looks.