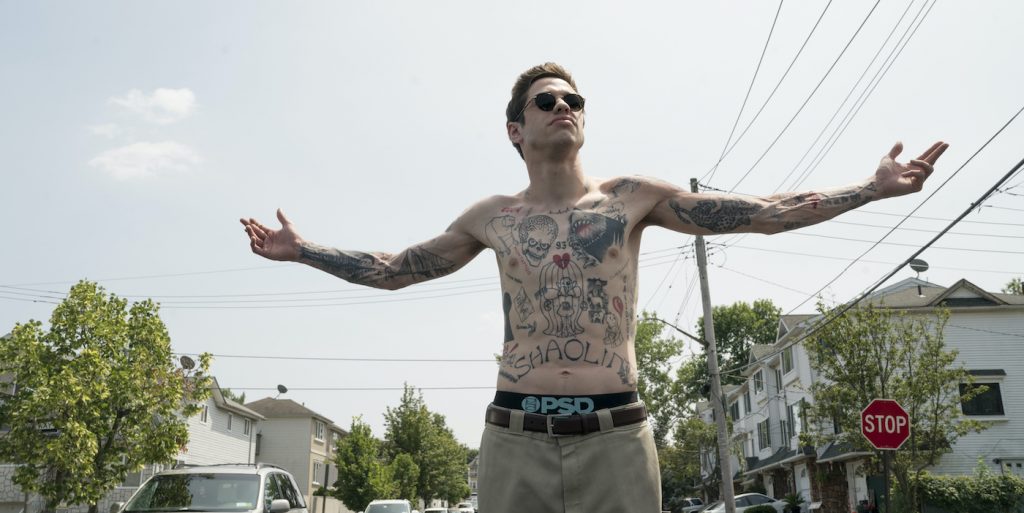 The two teamed up for The King of Staten Island, which they wrote together (along with former SNL writer Dave Sirus), and which features Davidson in a role tailor-made to his talents. He plays Scott, a weed-smoking 24-year old with a love of tattoos and little else. Scott dreams of becoming a tattoo artist but his skills aren’t quite there (there’s a great sight gag in the trailer that proves this). What Scott has is a serious case of arrested development, sad-laughing through life while still living with his mother Margie (the always-welcome Marisa Tomei), sanding down the edges of his ennui with weed. The trailer reveals that the Davidson/Apatow dream team looks, well, quite dreamy! There are laughs, of course, but also a surprising amount of feelings here, too.

The story of Scott is more complicated than just some loser who won’t move out of his mom’s place. His father, a New York City firefighter, died when Scott was seven. Scott’s younger sister (Maude Apatow) is heading off to college and implores her older brother to get a grip. Scott’s already aged out of the cute and careless bracket and is steadily moving into becoming a sad adult. Then his mom Margie starts dating the fairly obnoxious Ray (Bill Burr), a firefighter who dredges up all of Scott’s feelings about the force, his father, and his own life.

The cast is rounded out by some spectacular performers, chief among them are Steve Buscemi (he plays a veteran firefighter—Buscemi is a former firefighter himself) and the always fantastic Pamela Adlon.

Check out the trailer here. The King of Staten Island will be available on-demand on June 12.