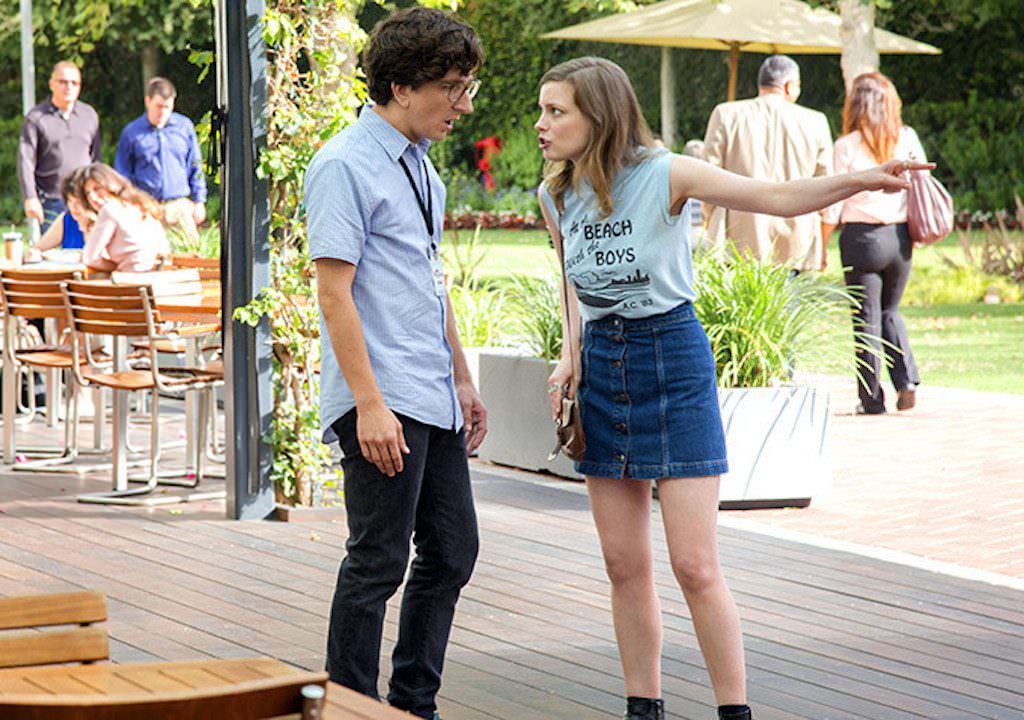 The warts and all view of relationships we know and love from Judd Apatow’s comedies is set to become bingeable with today’s premiere of his Netflix series Love. Love follows dorky nice guy Gus (Paul Rust) and freewheeling tough girl Mickey (Gillian Jacobs) as they embark on a relationship. The half hour comedy series was created, written and executive produced by Apatow, Rust and Lesley Arfin. It was originally conceived as a film by husband and wife team Rust and Arfin (who was a writer on the Apatow-produced Girls) and Apatow helped them develop it into a TV rom-com about a slow-burning romance. ‘The show’s mission statement ended up being, How slow can we go?’ Rust said in an interview with Entertainment Weekly. Rust and Apatow have also teamed up on the Apatow-produced Pee Wee Herman film Pee-wee’s Big Holiday, which is co-written by Rust and Paul Reubens, and is premiering on Netflix in March, In this featurette about Love, Apatow recalls why he wanted to make the show: “There wasn’t really a show that deeply examined a couple in the way that I like to do in movies.” He goes on to explain why the characters might not be who they seem at first: “On the surface you would think, Oh, he’s a nice guy and she’s a woman with problems. But as you get to know them you realize that the nice guy is just a façade and underneath her rough exterior is a lot of softness.” In an interview with Hit Fix Apatow discusses how the concept took shape: “Well, Paul and Lesley were interested in doing something about relationships, their observations of their relationships and the relationships of their friends. And I had an idea in a notebook years ago about a TV series that would cover every single beat of a relationship.” Love is the first TV series that Apatow has created since 2001’s college comedy Undeclared. Netflix is clearly banking on Apatow making a triumphant return, making the rare move of ordering two seasons of the series off the bat. The first 10 episodes premiere today and it will return with 12 next year. “Judd Apatow has a unique comedic voice that manages to be delightful, insightful, and shockingly frank—often at the same time,” said Netflix chief content officer Ted Sarandos in a statement. “Together with Paul and Lesley, he’s bringing a whole new level of agony and ecstasy to this modern day comedy of manners.”