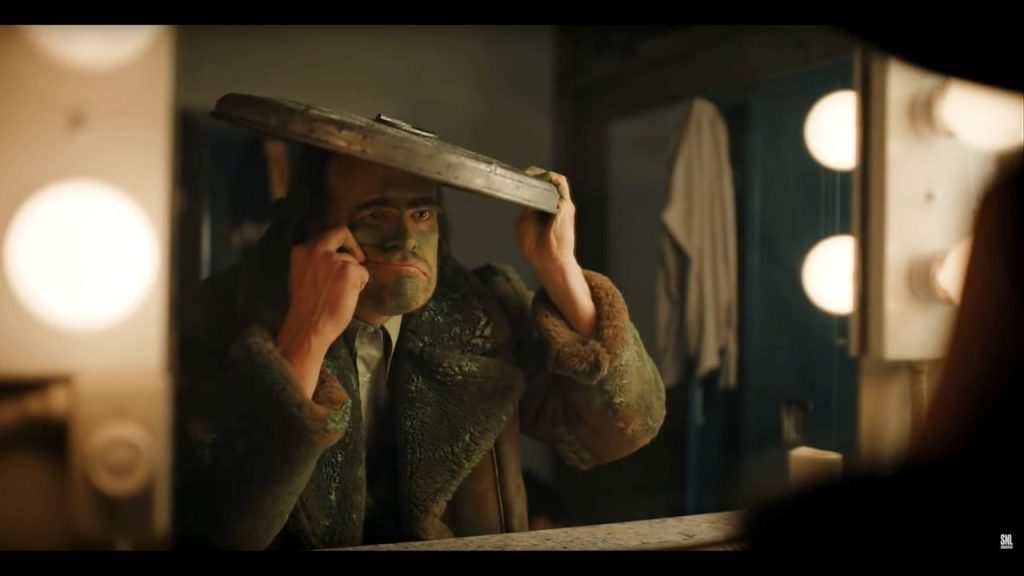 Sometimes you just know it immediately when Saturday Night Live has pulled off an instant classic. On this past Saturday night’s episode, host David Harbour became Grouch in a pitch-perfect parody of Todd Phillips’ Joker. It was the kind of video that highlights some of SNL‘s most potent strengths, which includes taking some hugely popular or talked about piece of the zeitgeist and distilling it down to its most absurd elements. In this case it’s Phillips’ gritty origin story for the Clown Prince of Crime, substituting Sesame Street‘s Oscar the Grouch as the antihero. What’s also amazing about Grouch is, like all SNL digital shorts, it was produced from start-to-finish in three days. Per SNL writer Bryan Tucker:

This incredible film, like all SNL shorts, is produced from start to finish in three days:
Pre-production on Thursday, shooting on Friday, and editing and effects on Saturday afternoon.
It’s amazing what @paulbriganti and all the SNL film units do.https://t.co/r9OP4hi7pH

Harbour plays Oscar in Grouch, which will explore how society a pushed a man so far, he went right into a trash can. Set in the gritty backdrop of New York City, Grouch exposes what pushed Oscar, a New York City garbage man, into becoming Sesame Street‘s least cheery resident. It turns out, the very same elements of the big city that drove the Joker (and Travis Bickle in Taxi Driver before him) crazy are the same things that drive Oscar to paint his face green and set up his home inside a tin can. Poverty, crime, and the city’s other relentless negative aspects turn a tax-paying everyman into the legendary, green-faced sourpuss beloved by kids the world over.

The skill on display here is SNL at its best. Look at the little details; the local news channel, led by Guy Smiley (Bowen Yang) is called ABCDEFG (and the news they report is truly awful). Other Sesame Street characters are given human form. Bert (Alex Moffat) and Ernie (Mikey Day) are preyed upon in an alley-way robbery for their rubber ducky (riffing on the fate of Bruce Wayne’s parents in every telling of Batman’s origin). Snuffy (Keenan Thompson) is a pimp with a fluffy red coat and tie. Big Bird (Heidi Gardner) is a cooing gentleman’s club dancer. The Count (Beck Bennett) feverishly counts out the pills he’s taking. The Cookie Monster lives on the street, begging for money in exchange for, yes, cookies. Grouch is the kind of SNL video that fits so perfectly it almost seems as if Joker was designed to give life to its comedic parody sibling.

Honest question; can someone please turn Grouch into an actual movie? There are now an absolute ton of people who would pay to watch this.

Check out the clip here, which is NSFW and includes some strong language and violence. Seriously. It’s brought to you by the letter R: