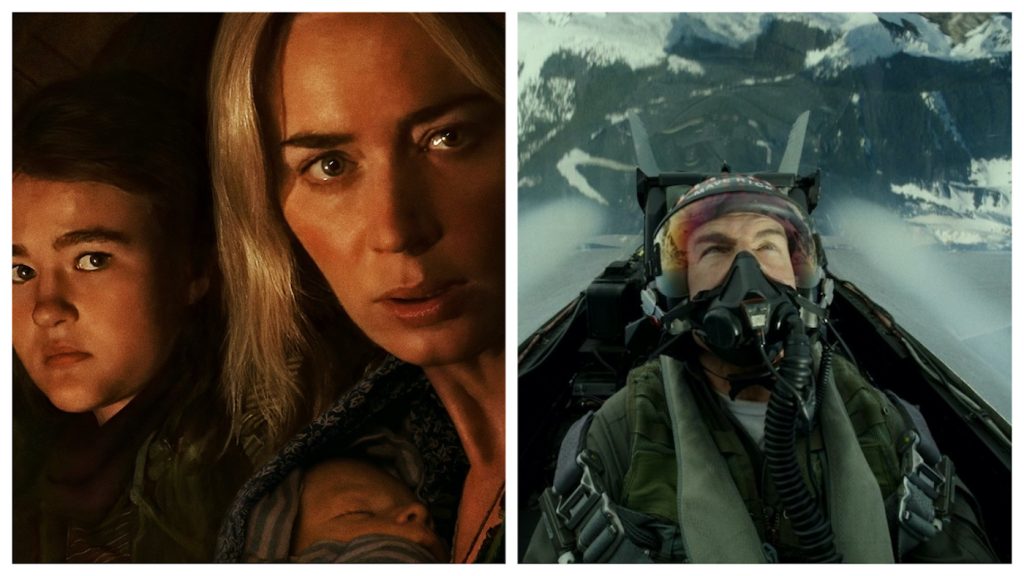 While all dates are subject to change at the moment considering the unprecedented situation we find ourselves in, there is some news on the film release front worth sharing. Paramount Pictures has announced that two of their big releases for this year have new release dates. John Krasinski’s highly anticipated A Quiet Place: Part II and the return of Tom Cruise’s speed-needing super pilot in Top Gun: Maverick will be out on the first weekend in September and during Christmas, respectively.

Krasinski’s follow-up to his 2018 surprise smash hit was due in theaters on March 20. Now, Paramount has A Quiet Place: Part II slated for September 4. The film had already been screened (and loved) by critics, and, should all go according to plan, we will now be able to end our summers in the theater taking in Krasinski’s thriller. Part II will follow the remaining Abbotts, Evelyn (Emily Blunt), and her children Marcus and Regan (Noah Jupe and Millicent Simmonds, respectively) as they venture out into the larger world, coming in contact with other survivors (played by Cillian Murphy and Djimon Hounsou, no less) trying to survive in a post-apocalyptic world besieged by monsters that hunt by sound.

As for Top Gun: Maverick, the film was initially going to take flight on June 24, but will now break the sound barrier on December 23. The sequel to the 1986 hit sees Tom Cruise’s titular flyboy becoming a flight instructor himself, teaching the next generation of hotshot pilots how to stay alive at Mach 4. Those pilots include someone connected to Cruise’s past—Bradley “Rooster” Bradshaw (Miles Teller), the son of Maverick’s late friend and former co-pilot Goose (Anthony Edwards). Goose died in Top Gun thanks in an accident Maverick carries tremendous guilt over.