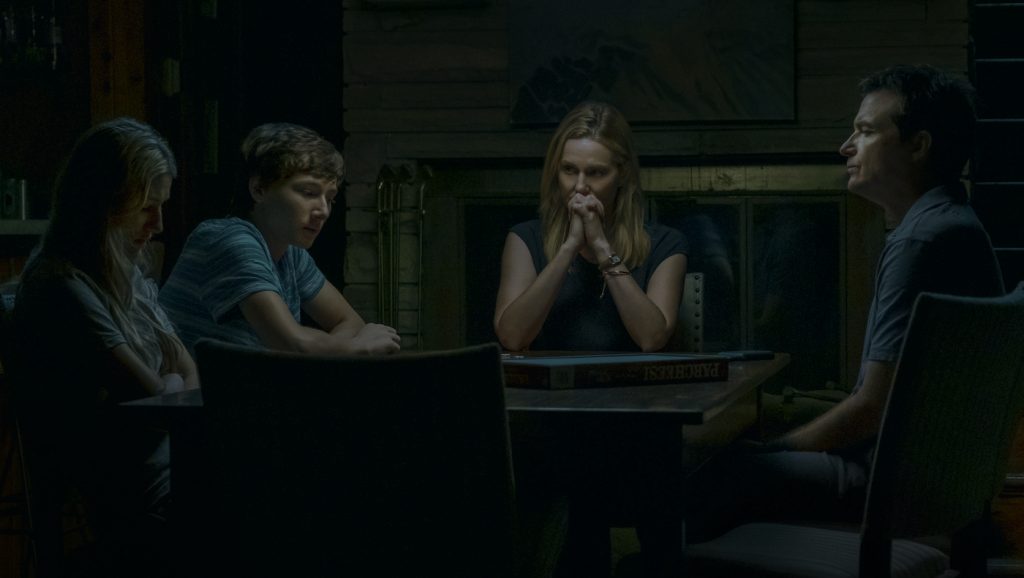 The Byrde Family Doubles Down in the Ozark Season Three Trailer

Netflix‘s Ozark, created by Bill Dubuque and Mark Williams, and starring Jason Bateman and Laura Linney as the perpetually stressed, incredibly competent Marty and Wendy Byrde, has just released its season three trailer. For the past two seasons, Ozark has been one of TV’s most reliably panic attack-inducing series. For those of you who haven’t dipped your toe into this deliciously diabolical crime drama, this series is certainly binge-worthy. The first two seasons tracked the Byrde’s desperate departure from Chicago to the Missouri Ozarks (Marty had a little problem with money laundering for the Mexican cartel and needed to skedaddle, immediately) and their various, increasingly dangerous run-ins with Ozark locals as they tried to set up their new lives while remaining hidden from the Cartel.

In season three, we find Marty and Wendy in what appears to be a more stable place—they’re running a casino. Of course, this only means their troubles will increase, because in Ozark, as in life, the house always wins.

One of the pleasures of this series, much like Breaking Bad before it, is watching these characters narrowly outwit, out-think, and outmaneuver the many, many people who want to do them harm. Even parts of their lives that would seem to be more or less normal, like the Byrdes going to a marriage counselor, are tainted by their life of crime (Marty is bribing the therapist).

It’s six months later, the casino is up and running, but Marty and Wendy are fighting for control of the family’s destiny. Marty preaches keeping the status quo. Aided by an alliance with Helen and drug cartel leader Omar Navarro, Wendy plots for expansion. But when Wendy’s brother Ben comes into town, everyone’s lives are thrown into chaos.

Ozark returns to Netflix with the third season on March 27, 2020.

For more on Ozark, read our interview with Emmy-nominated cinematographer Ben Kutchins about his work on the complex season one finale.