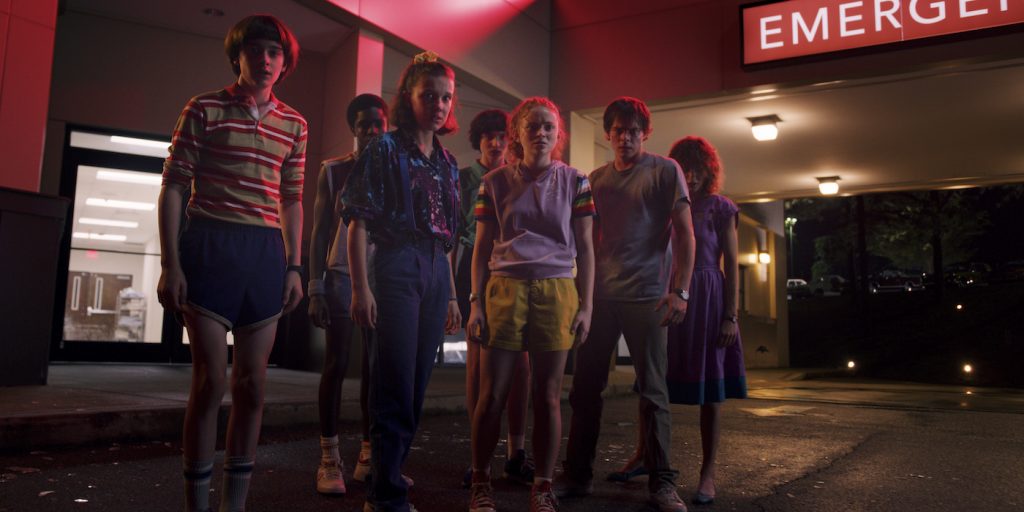 Watching the Stranger Things cast sit down for a season four table read is a great way to spend a minute. Sure, this is the briefest of glimpses and doesn’t really give us much new information, but, we’re still feeling appreciative after their Valentine’s Day gift. You remember the gift, the one where the Duffer Brothers revealed that Chief Hopper is still alive. In this new video, you’ll see David Harbour and Millie Bobby Brown, who of course plays his adopted daughter of sorts, Eleven, reunited. The camera is shaky and there’s nary a plot point revealed, but this video is still manna from the Upside Down for all you Stranger Things fans.

There is one new revelation to be had, however. The return of Brett Gelman’s former journalist turned conspiracy-minded P.I. Murray Bauman is back for season four. This particular fact isn’t all that surprising considering how important he’s been, popping up to help Jonathan Byers (Charlie Heaton) and Nancy Wheeler (Natalie Dyer), and becoming something of a sidekick to Hopper. The revelation, so to speak, comes via Deadline—the very talented Gelman has been promoted to a season regular. If you want to see more of Gelman’s work, check him out as the loathsome Martin in Phoebe Waller-Bridge’s phenomenal Fleabag.

The rest of the gang are all accounted for here. Joining Hopper, Gelman and Brown are the original kid crew of Finn Wolfhard as Mike Wheeler, Gaten Matarazzo as Dustin Henderson, Caleb McLaughlin as Lucas Sinclair, and Noah Schnapp as Will Byers. Winona Ryder returns, of course, as Joyce Byers, with Charlie Heaton as her eldest son Jonathan. Then there’s Sadie Sink as Max, Maya Hawke as Robin, Joe Keery as Steve Harrington, Natalia Dyer as Nancy Wheeler, and Priah Ferguson as Lucas’ little sister Erica.

Check out the table read here: