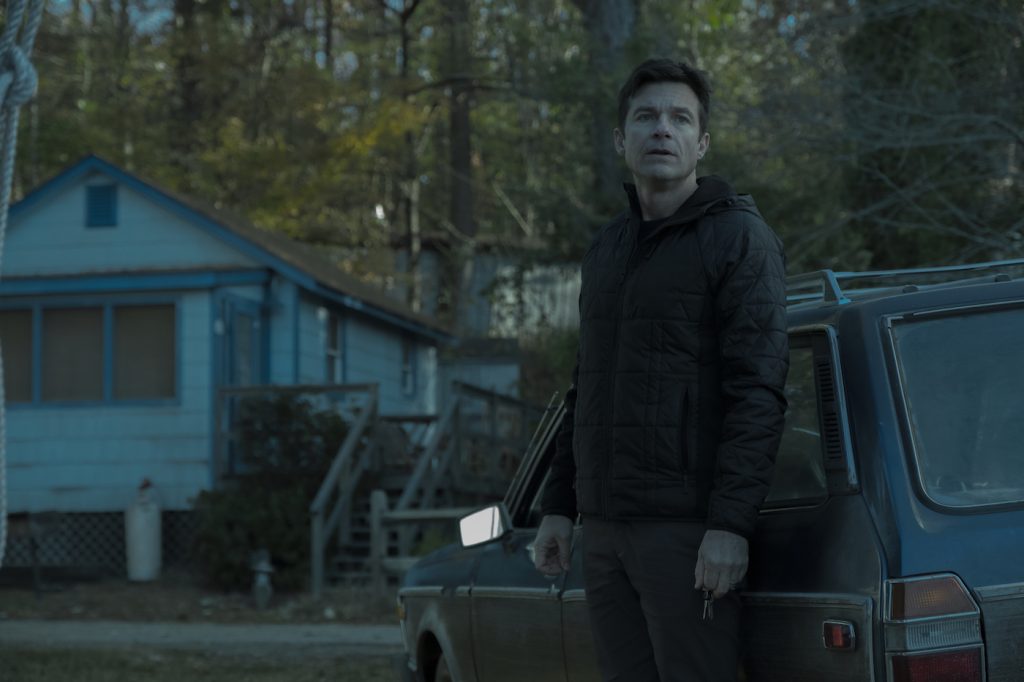 Ozark is relentless. Whether an emotional reunion, a difficult decision, a gruesome death, or a grisly torture, the camera offers no relief. You cannot look away, but you likely will not want to. The show’s cinematography is compelling and immersive, capitalizing on some of the strongest performances of the season from a cast that includes Jason Bateman, Laura Linney, Julia Garner, and Peter Mullan. Director of Photography Ben Kutchins received an Emmy nomination for his work on the complex season finale packed with emotional bombshells.

“For me, it’s about creating the subtlest version of a really hostile and dangerous environment,” Kutchins said. “That has been a lot of fun to explore with Jason and the team.”

That environment is one of the most unique components of the show. The freshman Netflix series is an immersive look at the Byrde family troubles stemming from drug running and money laundering. Ozark takes the classic elements of a narcotics thriller and places it in scenic rural Missouri. Atlanta actually serves as the stand-in for Missouri’s winding lakes, but as a native Ozarkian, I was impressed by the resemblance. Regardless, the setting is uniquely isolating and the virtue of the location increases the stakes. Kutchins uses a wide lens to capture the atmosphere.

Starting from the script reading, Kutchins begins visualizing, and even sketching, each shot. What he’s working toward is identifying the themes for every episode and scene. Ozark hangs on the main theme that Kutchins identifies as the “idea of the family and how do you keep this family together under extreme circumstances.” Once blocking begins, Kutchins is on set with the actors to identify the most effective perspective to bring the audience into the story.

“The camera is the audience so I’m trying to figure out when I’m watching the rehearsal where the most interesting place to put the audience is. Do we put them up in the rafters, above the actors? Do we put them in the corner? Or do we put them right next to our actors? Often on Ozark, the most interesting place to put the camera is right next to the actors. If you’re in the room with these people and have this point of view, your heart beats that much faster when you’re watching it.”

Ozark is largely a family drama sprinkled with the fallout of an illicit and dangerous profession. The Byrdes are a family that cares about each other, and moreover, cares about staying together. Yet, threats squeeze tighter every day as violent clashes grind their resolve. Marty (Bateman) is a master dealmaker, but that requires trust in a world that is inherently untrustworthy. That means Kutchins is filming a lot of tense moments.

“Thriller film photography is about how you reveal information,” Kutchins said. “Jason and I nerd out and have a lot of fun with revealing information for the audience and teasing the idea or suggesting a lie or suggesting something that’s just beneath the surface of what’s obvious. What’s that thing that’s going to keep the audience asking questions? I think a good episode, a good scene, a good line of dialogue makes the audience start asking questions.”

In addition to acting in the series, Bateman directed four episodes of the freshman season including the finale that earned Kutchins the Emmy nod. The team worked closely to develop the tone of the show that has already begun filming season 2.

“I think the key is that you want to keep the audience as engaged as possible. That’s what most of our conversations are about. How do we really keep the audience on the edge of their seats and use the camera as a tool to really help the audience take one step further into our world and want to peer around the corner, peer down into the well and see what’s going on down there?”

In addition to the storytelling aspect, Ozark has a very specific visual quality. Kutchins collaborates with colorist Tim Stipan to transfer the gold and greens of God’s country into a harsh and inhospitable blue. The moody hue goes a long way to capture the displaced feeling the Byrde family experiences.

“On our show the look is very much like an old Fujifilm. This very cold world, cyan look that is a replication of an old Fujifilm stock that I used to use. That really for me has been so much fun to explore that and keep going down the mine shaft into the different looks that branch off this one central theme, this one central look.”

Kutchins’ job as cinematographer doesn’t stop when Bateman calls ‘cut.’ While shooting, Kutchins is thinking ahead to post-production where he does touchups that further enhance the story.

Ozark benefits from committing to the darkness. Some of the plot points can be surreal, but the style carries a weight and realism. However, actually making the series demands levity.

“People would be amazed how much fun we have killing people on the show,” Kutchins revealed jokingly. “Everyone is laughing and telling bad jokes while one of the actors is laying in a pool of blood on the floor. It’s a lot of fun and the more fun we have making the show, the more fun people are going to have watching it. It’s almost like the darker the vibe on the show, the lighter you have to keep it on set. Jason and Laura are two of the funniest people I’ve ever met so we have a lot of fun.”

With Season 2 premiering at the end of the month, Kutchins praised his entire team for the success of the series. He had a feeling from the beginning they were working on something special.

“When I’m reading a script that’s really good, I get images in my mind and that’s a sign of a good script or good story to me. That’s what gets me excited about something is when I start to see visuals and have ideas as I’m reading it. And that was definitely the case with this show.”