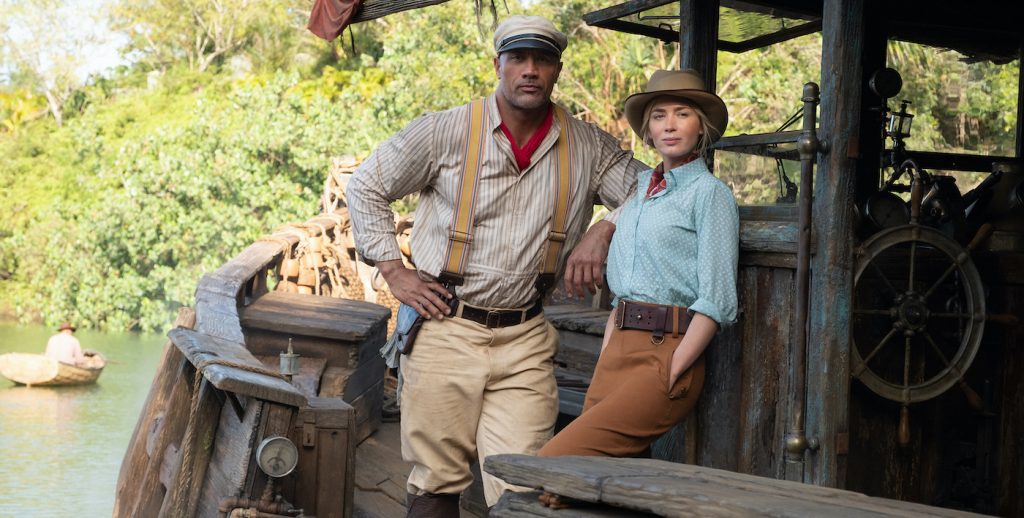 Disney knows a thing or two about turning their theme park rides into mega-blockbuster film franchises. That was the case with Pirates of the Caribbean, which spawned five films from 2003 to 2017 and was a cinematic juggernaut for most of that stretch. Now they’ve got Jungle Cruise setting sail, and they’ve assembled a pair of megawatt stars in Emily Blunt and Dwayne Johnson. They’ve also got a very able director in Jaume Collet-Serra (The Shallows, Orphan), who knows quite a bit about creating tension and terror. Now we’ve got our first good glimpse at the film via the official trailer. Johnson stars as a riverboat captain named Frank, taking on Blunt’s explorer Lily Houghton, who reluctantly team up to find the Tree of Life deep in the Amazon. If the mythical tree exists, it could hold the key to a world-changing elixir.

A film like Jungle Cruise depends on the chemistry of the stars and the quality of the action and effects. The chemistry won’t appear to be a problem here. As for the action and adventure, you couldn’t ask for a better cast and crew. With this 20th-century tale set on the world’s second-largest river, Johnson and Blunt will be plying their considerable charms amongst an array of digital effects. Yet knowing Johnson and Collet-Serra’s work, you can be sure there are plenty of practical stunts on offer, too. From what we’ve seen thus far, Jungle Cruise sure looks good.

Johnson’s charismatic riverboat captain and Blunt’s as a plucky, tough-as-nails explorer will have their share of antagonists. Those will be the Amazon’s plethora of dangerous, deadly animals and a competing German expedition with some serious firepower.

Check out the trailer below. Jungle Cruise sets sail on July 24, 2020.