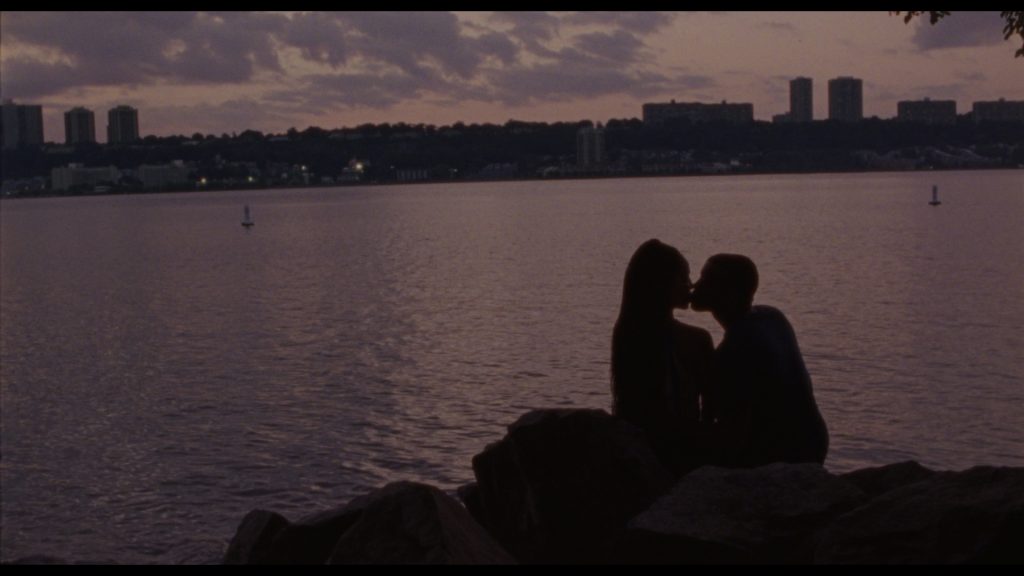 When Rashaad Ernesto Green and Zora Howard sat down to write a feature that Howard would star in and Green would direct, the pair already knew it would be a love story. No, Howard and Green are not a couple; they worked together on Green’s debut feature Gun Hill Road (2011) and on his 2008 short Premature. The two artists simply wanted to create “what we felt was missing in the current cinematic climate especially with relation to black stories,” says Green. “We felt like there’s an over-abundance of films about black pain and suffering but not so many that deal with our lives and our loves.”

So Green and Howard collaborated on a script while Howard had a one-month break from Yale University. “I said, ‘At the end of the month we’ll have a draft of something. I don’t know what it will be but I’ll direct, you’ll star in it, and we’ll premiere this bad boy at Sundance 2019,’” recalls Green.

That’s just what happened. Premature — the feature has the same title as the short film, and although it bears similarities to the earlier work, it’s far more complex. The film premiered at the 2019 Sundance Film Festival and received two Film Independent Spirit Awards nominations, winning the “Someone To Watch” Award. It was also nominated for the John Cassavetes Award, presented to the creative team of a film budgeted at less than $500,000. IFC Films will release Premature in theaters February 21.

Premature centers on seventeen-year-old poet Ayanna (Zora Howard) who’s spending her last summer in Harlem before heading off to college. Hanging with friends, she meets Isaiah (Joshua Boone), a charming music producer who has just moved to the city. Bonding over their artistic aspirations as much as their sexual chemistry, they begin a passionate romance. But soon the highs of young love give way to jealousy, resentment and an unintended pregnancy that jeopardizes Ayanna’s future. Premature follows the love story formula but with its own raw power and a bracing intimacy as Ayanna must confront the complexities of the adult world.

Although the film offers a fresh take on love and its consequences, Green and Howard did their homework. “We watched a whole bunch of films during the process,” says Green, citing Love Jones, Love and Basketball, Raising Victor Vargas, Just Another Girl on the IRT, She’s Gotta Have It and the Before Sunrise trilogy. Perhaps the most influential films he researched were French director Celina Sciamma’s Girlhood and Abdellatif Kechiche’s Blue is the Warmest Color.

“I let all those play on my subconscious, to push the envelope a little bit because we don’t really get to explore intimacy,” Green said. “Films like She’s Gotta Have It and Blue is the Warmest Color made me feel I was a part of the moment that allows us to explore our own sexuality and our own bodies at that point in our lives. Ayanna may have had sex before, but maybe she never made love before. We have to experience that with her, and to understand and feel viscerally what she’s feeling in this discovery of herself as a young woman.”

“I saw her reel and her website. I met with her and we walked around Harlem,” Green says. “We had a similar aesthetic and she was excited to shoot in 16mm. I was happy to have a female DP especially with the scenes of intimacy; it added to the female perspective.”

Shooting on a minuscule budget meant Premature was shot entirely in the Harlem neighborhood that Green and Howard both call home.

“We used all of the resources available to us. Isaiah’s apartment is my apartment; his records are the ones I inherited from my Dad; the park in the film is around the corner; the laundromat and the restaurant are up the street,” says Green.

He has high praise for his co-writer and star Howard. “We were able to feed off each other and argue and come up with [fresh ideas]. It helped that I’ve known her since she was eleven and we’ve lived on the same block in Harlem for fifteen years. We had a shorthand and we’d worked together before so we could push and disagree and not feel shy about it,” he says.

Premature may not be autobiographical but Isaiah, Ayanna and all the characters in the film are close to their creators, says Green. He wouldn’t have it any other way.

“I want it to be personal. I want to expose myself and push the envelope so I create experiences for my characters that feel real. I hope I have more stories I can pull from; that’s why I do what I do.”

It also means giving characters who are not often represented on screen fully realized lives that include all sorts of experiences. “The greatest films for me, those that deliver the most emotional impact, are the ones that take me on an emotional rollercoaster with hills and valleys,” says Green. “Our lives are not down all the time. I want you to experience the love, the humor, and the pain. One can’t really exist without the other.”