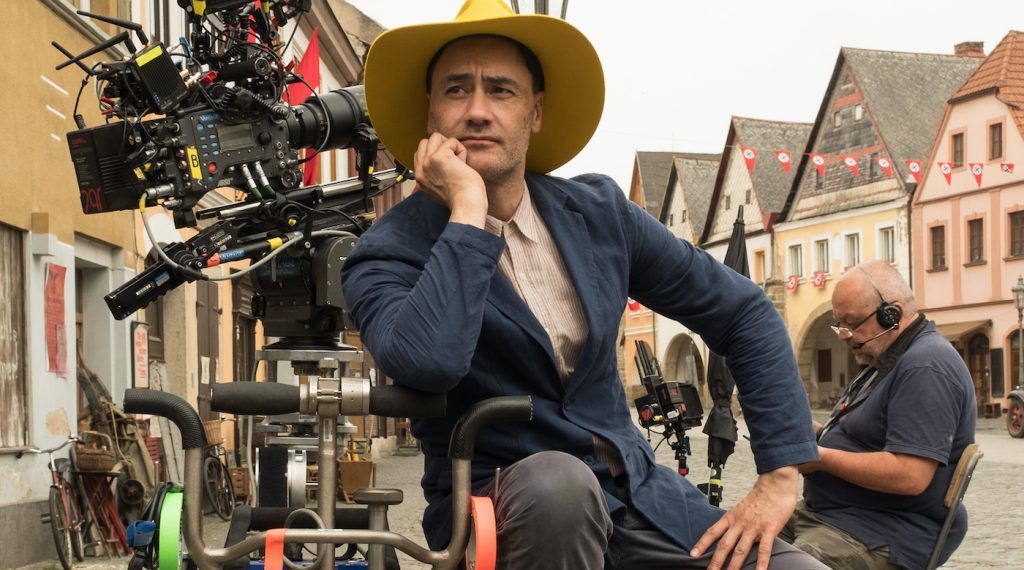 Taika Waititi May Develop a Star Wars Film After Thor: Love and Thunder

Now this is a big scoop. The Hollywood Reporter has it that Jojo Rabbit and Thor: Ragnarok writer/director Taika Waititi might direct a Star Wars movie for Lucasfilm once he wraps Thor: Love and Thunder for Marvel. This would be fairly amazing news.

Waititi is no stranger to the Star Wars universe; he directed the finale to The Mandalorian. For what it’s worth (and for Mandalorian fans, a lot), he also voiced the bounty hunter droid IG-11. While the report is fairly thin on details at the moment, Waititi seems like a perfect fit for a future Star Wars film. His filmmaking chops cannot be questioned; not only is his Jojo Rabbit nominated for a Best Picture Oscar, but Waititi also breathed new life into Chris Hemsworth’s Thor with the gangbusters Thor: Ragnarok. He’s excellent at world-building and seamlessly blending comedy, drama, and action, all of which are key to creating a Star Wars film.

We know that Lucasfilm president Kathleen Kennedy has big plans for the future of Star Wars and that she’s tapped Marvel CEO and president Kevin Feige to produce at least one of those films. Whether he’d be producing Waititi’s film, which would make sense considering they’ve worked together now, is still unclear. There’s also Rian Johnson’s Star Wars trilogy, although the status of this is also unknown. The galaxy far, far away is in flux at the moment.

Waititi recently finished up his next film, Next Goal Wins, which stars Michael Fassbender, and he’s also still slated to direct Warner Bros’ live-action adaptation of Akira. His follow up to Ragnarok, Thor: Love and Thunder, is expected to begin filming this summer, with a November 25, 2021 release.

If Lucasfilm does nab Waititi, they’ll whip up immediate excitement for what a Star Wars film from this irrefutably talented filmmaker would be like, and that alone would be worth signing him up.