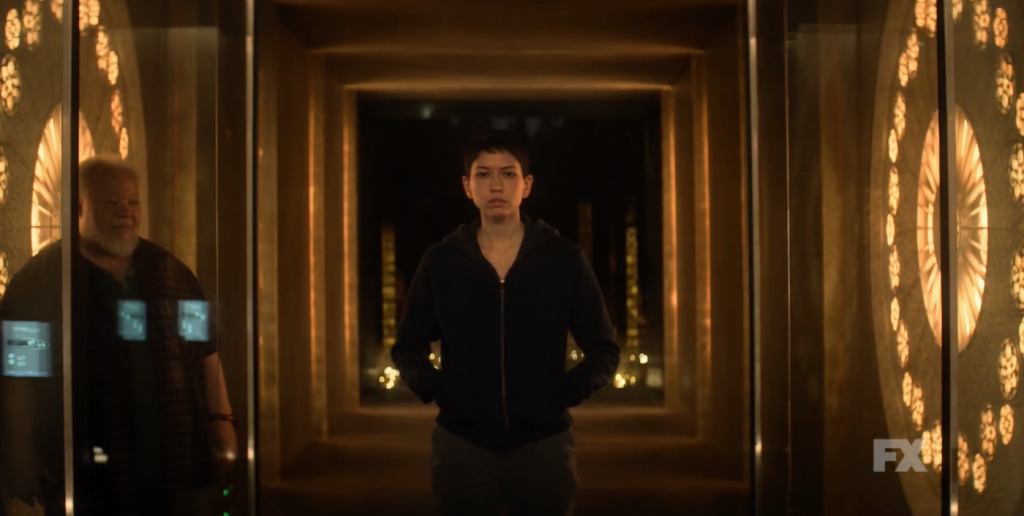 So you were a fan of Alex Garland‘s Ex Machina (2014) and Annihilation (2018)? Yeah, us too. Garland has made a name for himself as one of the most compelling writer/directors of sci-fi in the business. Ex Machina took the artificial intelligence run amok narrative and made something wholly new (with an incredible trio of cast members in Alicia Vikander, Oscar Isaac, and Domhnall Gleeson). In Annihilation, Garland turned in one of 2018’s trippiest, most ambitious films, not just in the sci-fi genre but in any genre. Now Garland has a new TV series, Devs, which means we’ve got yet another show to get excited about.

Devs (FX on Hulu) is centered on a massive tech company and the artificial intelligence project they’ve been building. The trailer reveals a pristinely produced show that looks as slick and foreboding as Ex Machina, sharing that film’s obsession with the evaporating line between what is “real” and what is artificial. While not much of the plot is revealed in the trailer, the broad strokes suggest that Devs will explore more thin lines; between reality and the virtual, between free will and determination. The story centers on computer engineer Lily Chan (Sonoya Mizuno) who becomes convinced that a secret division within her company is responsible for the disappearance of her boyfriend.

Have a look at the trailer:

The cast is excellent, and you have to love the production design, which toggles between the hard, polished surfaces of Ex Machina and the surreal menace of Annihilation (the giant doll-like edifice, for example). The first season will run for eight episodes and will premiere on March 5. Joining Mizuno are Nick Offerman, Jin Ha, Alison Pill, Zach Grenier, and Cailee Spaeny.

For sci-fi fans and fans of gripping thrillers in general, Garland hasn’t really missed yet. This means Devs deserves your attention.