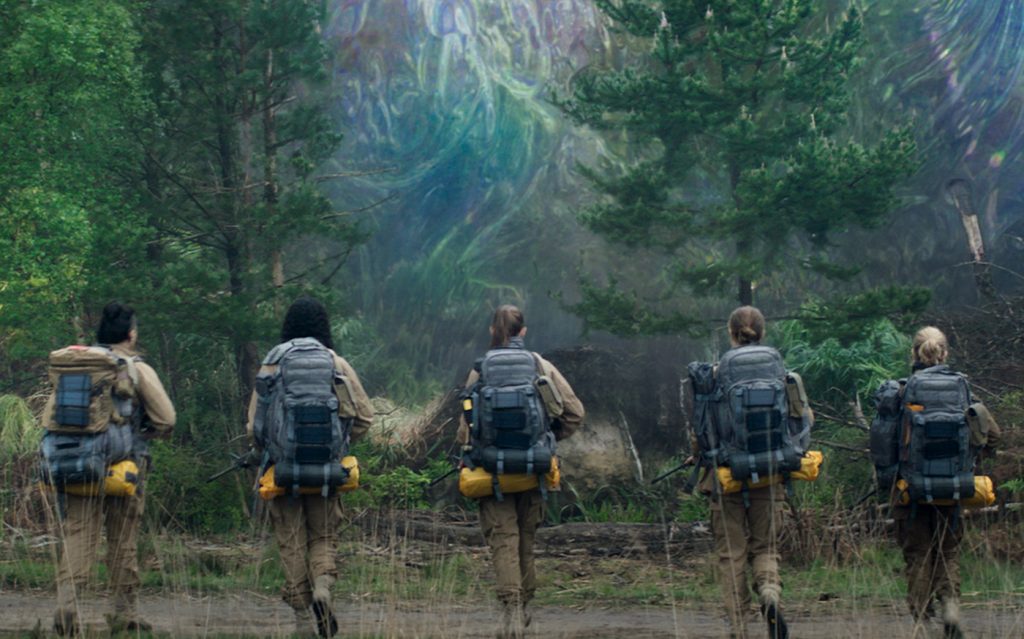 Alex Garland makes sci-fi films for people who love the genre’s malleability, the way it can contain other genres within itself like a Russian nesting doll. He wrote the twitchy, truly terrifying zombie thriller 28 Days Later, the brilliant, pared down artificial intelligence “romance” Ex Machina, the gorgeous, heartbreaking Arrival, and last year’s trippy, terrifying Annihilation. Each one was singular. Each one was a sci-fi film that relished in the genre’s plasticity. In the latter, in which a team of scientists travel into a zone of unspeakable mutation and horror in order to figure out why anyone who comes into contact with is killed, one of the most grotesque and awe-inspiring sequences involved a bear in the midst of a gruesome metamorphosis.

SlashFilm has just published an exclusive video that shows the creation of the bear, which is equal parts monstrous and mesmerizing. The scientists, played by Natalie Portman, Gina Rodriguez, Tessa Thompson and Jennifer Jason Leigh, are stalked and attacked by this mutated bear that cries out with a human voice. It’s wild stuff, one of the most memorable scenes in a film filled with them.

Concept artist Jock was one of the talented folks who Garland tapped to help him come up with the way the mutated bear would look. The Annihilation team, which included visual effects supervisor Andrew Whitehurst, went through several concepts, including a wild boar-like creature, a bear with what appears to be a second set of human teeth, and ultimately a design in which several species skulls are mashed together.

The bear was the result of a mix of practical effects and CGI, with arguably the most terrifying aspect—its human voice—added in post production by the sound design team. The bear attack sequence took Garland and his team five days to film, but that effort was worth it. It’s the stuff of nightmares.

More behind-the-scenes footage is available on the Annihilation digital HD release (available now), and on the Blu-ray/DVD, which will be available on May 29.