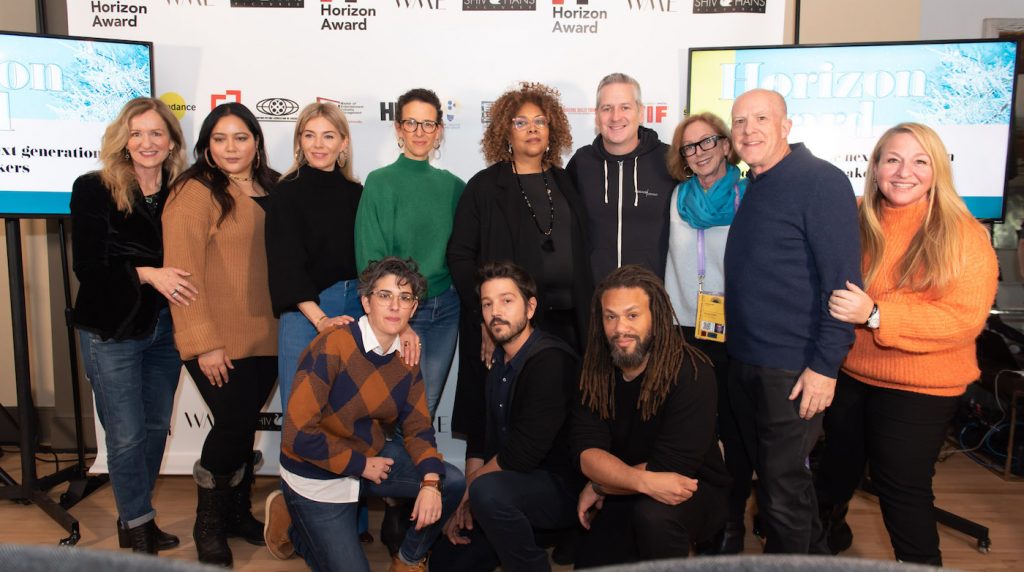 The Sundance Film Festival shows many films, putting independent filmmakers front and center in a way that few other environments can. The audiences, the sponsors, potential collaborators, distributors, and film executives are all interacting and connecting with content creators. It makes sense, then, that young, talented filmmakers could benefit in a myriad of ways from being here, meeting people, and showing their work.

This year at Sundance, a record number of movies by female filmmakers are part of the program. In fact, Sundance is one of the few festivals in the world nearing parity in representation of male and female filmmakers. Still, a new study called “Inclusion in Film Festivals” from USC Annenberg and TIME’S UP revealed there is a disparity for women of color. Only 8% of directors in competition at the top five film festivals in the world are female film directors of color.

That’s why it’s particularly exciting to see that the winners of the 6th Annual Horizon Award are from underrepresented communities. The two recipients receive a grant, an all-expenses-paid mentorship at Sundance, where they meet with producers, filmmakers, and others in the film industry, and consistent support by experienced Hollywood insiders in building their career. The award is given to emerging female filmmakers. They are asked to submit a two-minute video, and the winners are selected by judges, that this year included Sundance Feature Film Program director Michelle Satter, ReFrame director Alison Emilio, and filmmaker Dee Rees.

Zawan Mahmoud, who is from Sudan, is a 2019 Adobe Creative Scholar, and a student at the University of Washington. Her film, A Woman’s Revolution, examines women of Sudan from the past and present. Through old footage from the archive of Sudanese recorded public events showing female activists and new footage of women in the front lines of social change, she considers her own heritage and the long tradition of women working to make a better world for themselves and their children.

Viviane Charlestin, a student at the Loyola Marymount University, offers a film called Black Sparrow, in which she beautifully captures her brother speaking about his struggle of mental illness. Authentic and confessional, his explanation about his experiences cut straight to the bone.

Alison Emilio shared what makes these films and filmmakers special. “While all of the short work is really strong and demonstrates their talent as emerging directors, the judges were taken with the brave message of Zawan Mahmoud’s work from Sudan – the idea of interrogating the erasure of women in the country’s politics, the uprising, and the path towards peace through a deep dive into historical archives with searing commentary.” About Charlestin, Emilio continues, “Viviane Charlestin’s brave, honest portrait of her mentally ill brother was objective and powerful, leaving us with a desire to learn more about his story.”

Because the path for women working to build longterm careers as filmmakers is still very challenging, especially for women of color, awards that include mentorship continues to be an essential way of bringing about better representation for women, on and off the screen. Emilio explains, “The Horizon Award and similar efforts are important to provide platforms where emerging artists with fresh voices and perspectives can share their work, be recognized for excellence, and participate in an immersive mentorship at Sundance that provides a fast-paced education about the business and access to some of the industry’s leading players.”

The MPA is a proud sponsor of the Horizon Awards, along with the Sundance Institute, and other organizations like ReFrame, Women in Film: LA, HBO, the Black List, WME, and The Adrienne Shelly Foundation.

“Yes she can” are the first words at the top of the Horizon Award website. It is through their kind of action and advocacy that female filmmakers, now and in the future, can begin to believe that sentiment, and find inspiration to find and follow their own unique path as creators.