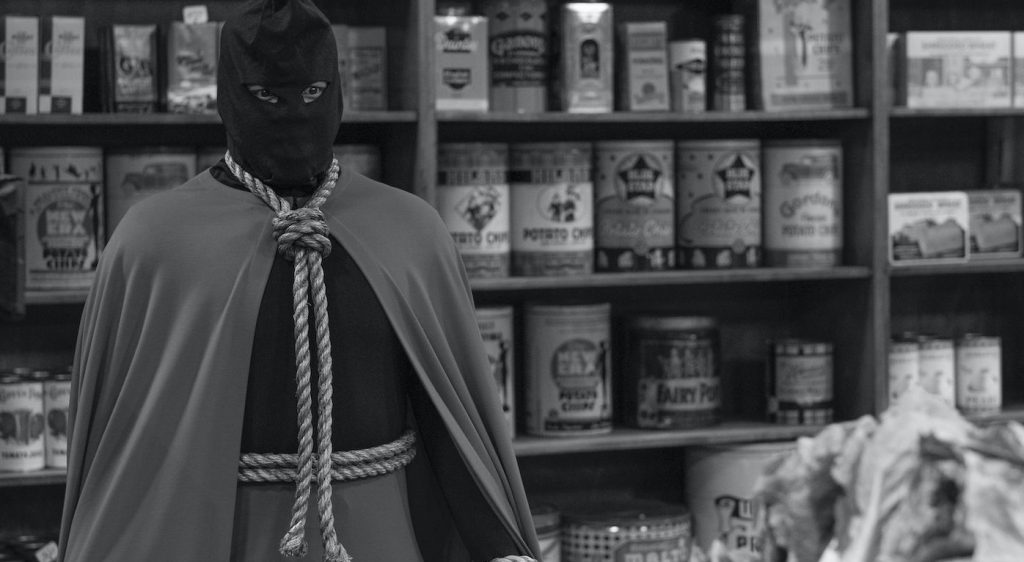 Vancouver-based DP Gregory Middleton has lensed his share of prestigious series before Watchmen, having scored Emmy and ASC nominations for his work on different Game of Thrones episodes, and finding himself behind the viewfinder for shows like The Killing, cult hit movies like James Gunn’s Slither and many more.

But it was working with director Nicole Kassell on episodes of The Killing—rather than his earlier toe-dip into the DC Universe, with Smallville—that ultimately led him to Damon Lindelof’s brilliant continuation of the revered graphic novel, written by Alan Moore and drawn by Dave Gibbons, which just concluded its run on HBO.

“Nicole and I tried to work together since, but it never worked out,” he recounts, but “she called me right away when she got hired for Watchmen.” Kasseloff wound up directing three of the series’ nine episodes, but Middleton wound up shooting half of them, working with other directors, while alternating with other cinematographers, including Xavier Grobet, himself known for Sorry for Your Loss, Looking, and other shows.

“I would confer with him all the time,” Middleton says. “It’s really a great resource to have another brilliant cinematographer to talk to.” Middleton had started with some reshoots for the series’ pilot, and he and Grobet would discuss “what we liked and didn’t like, and how to get more of what we wanted.”

There were additional “co-lensers” as well, including Chris Seager, who shot “all the episodes in Wales,” which doubled for Adrian Veidt’s land of exile in the series’ story-within-a-story.

This would be the interior story that would show Jeremy Irons’ as Veidt (or Ozymandias, per his “superhero” name) riding by a pirate flag on the beach, signaling that this interior story—though set in the “real” world of the series—served as a counter-narrative much the same way that a pirate comic, being read by a supporting character in the original graphic novel, served as a counterpoint to, and commentary on, the main narrative.

Seager and Middleton would find themselves “Skyping about lens choices, and other considerations,” which was good, since Middleton helped shoot a couple of the other counterweights to the main story, including a TV series the characters watched called American Hero Story.

In it, the exploits of an early superhero named Hooded Justice were also recreated in hyperbolic fashion, which Middleton referred to as “heightened reality, fake history, and hyper-violent.”

In the show-within-a-show, Hooded Justice is presumed to be Caucasian, as he was in the comic, but in the series’ “reality,” he is, in fact, African-American, needing to wear his particular mask to hide his identity from others in “hoods.” He also wears a broken noose around his neck, which the show attributes to an attempted lynching before he dons his superhero persona. This was one of Watchmen‘s most harrowing scenes, and filming it required ingenuity and major teamwork.

And that lynching scene, from the “This Extraordinary Being” episode, shot POV, is one of the highlight accomplishments for Middleton.

“We had to build a custom dolly rig for him to be dragged on the ground,” he says, of filming from the viewpoint of Young Will Reeves (played by Jovan Adepo, also seen in Lindelof’s The Leftovers). Reeves is nearly lynched by his fellow police officers as a “warning,” and it was “important to see his hands, to see the other officer making the noose.”

After the dragging, there was “the experience of being hanged.” For that, the effects team rigged a hose to the camera, the cameras being Arri ALEXA Minis, along with a bellows, after a bag was placed over the camera, to simulate the “hood” pulled over Reeves’ head.

The bellows allowed for the replication of “breathing” under the hood, and then, if that wasn’t enough, came “the second part,” with the rope going taut via “a pulley system, yanking the camera up in one big yank,” as it was passed from one operator to another.

Then, with the “replicated panting, the grips would drop the camera, letting the rope go almost completely slack. (Then) two or three people swoop in, helping the bag come off the camera,” with a knife cutting a predetermined notch in the rope, where it would separate and come off, all as part of that deadly warning.

And they had to “do all that in one take, it was very very elaborate.” But, Middleton allows, “it created great camaraderie. Like doing something for theater, nothing works, unless everything works.”

Another thing that he and his collaborators wanted to work was a visual scheme closer to Gibbons’ panels, where “everything drawn is composed for each frame, everything is in focus, everything is sharp.”

He cites as an example a scene where Sister Night, the alternate persona of Angela Abar, so ably played by Regina King, is interrogating an older Will Reeves, with a bottle of the “Nostalgia” memory pills that will figure in the plot so prominently, later. Both the bottle and Reeves (played by Louis Gossett Jr.) share equal focus, “which is exactly how it would’ve been in the comic,” leaving the reader, or in this case the viewer, free to go over the scene with her own eye.

“If we had to rack between them,” Middleton continues, “it would have really been on point.

But to recreate the effect, Middleton had to use split diopters, a convex glass covering one half of a lens and allowing for much more depth of focus, “like a magnifying glass cut in half.”

“I just looked at his art,” he says, of drawing inspiration, and camera ideas, from Gibbons’ original renderings.

And judging from the buzz the series generated, a lot of other people have been looking at the art that Middleton was such a key part of.  “It was a really amazing project to be involved with,” he says, looking back on his time with the series. “Damon is the biggest Watchmen fan you’ll ever meet. It really meant a lot for him to get this right. And I,” he adds, “was thrilled to get a chance to be such a big part of it.”