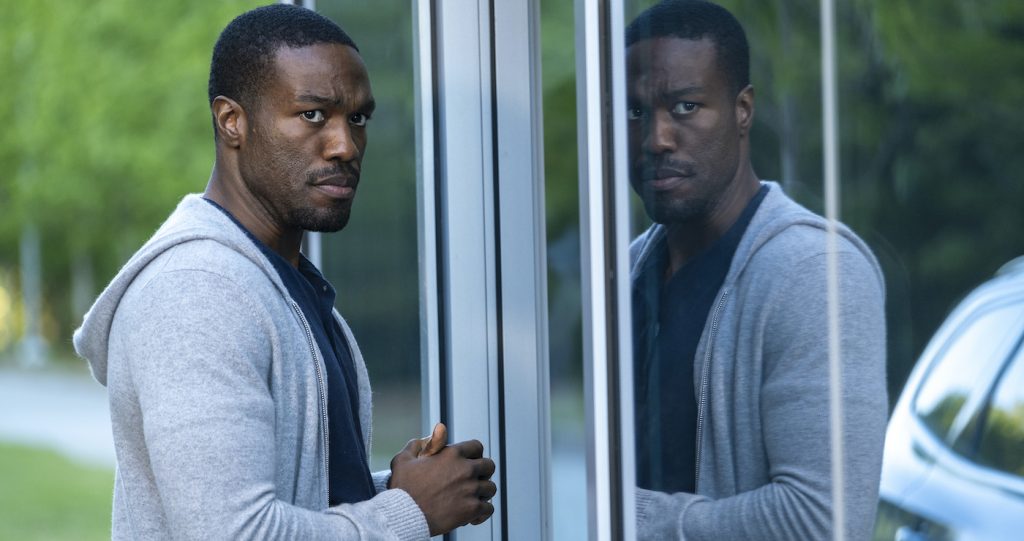 Last week we interviewed Watchmen costume designer Megan Kasperlik about her brilliant work on one of TV’s most thrilling new shows. In the world of Watchmen, what a character wears tells you a lot. Does their mask have an inkblot on it? Then they’re a part of the white supremacist group the 7th Calvary. Does her mask come with a badge? Then you’re talking about someone like Angela Abar (Regina King), a Tulsa police detective who goes by Sister Night. Kasperlik’s clothes—and masks and hoods—mean so much about each character’s history and which side of the widening divide in this fractured America they’ve chosen.

Our interview focused on the entire season up to and including the brilliant sixth episode “This Extraordinary Being,” which had a major reveal—Will Reeves (Louis Gosset Jr.), Angela’s grandfather, was the original masked vigilante Hooded Justice. Somehow, this past Sunday’s 7th episode, “An Almost Religious Awe” topped that twist. If you haven’t seen the episode, stop reading here.

How do you top finding out that Angela’s grandfather is the man who started the entire masked vigilante movement? It turns out that Angela’s husband Cal Abar (Yahya Abdul-Mateen II) isn’t who we, or anyone else, thinks he is. Cal Abar is none other than Doctor Manhattan, the blue-skinned demi-God who lorded over mortal men in the pages of Alan Moore and Dave Gibbons’ iconic graphic novel, and who has been referenced and mentioned and alluded to throughout Watchmen but never seen. He’s the God who won the Vietnam war himself and helped turn it into America’s 51st state. And all this time Doctor Manhattan, believed to be living on Mars, has been hiding in plain sight as Cal Abar in Tulsa, Oklahoma. Cal believes he had a terrible car accident that gave him amnesia, and that’s why he can’t remember anything from before the wreck. When Angela takes a hammer to his head to literally dig out the actual Doctor Manhattan from Cal’s corpse at the end of “An Almost Religious Awe,” jaws hit floors all across the HBO-watching world. In a word, whoa.

Speaking to The Hollywood Reporter, series creator Damon Lindelof had this to say about this brilliant twist:

“I started this whole journey from the perspective of a fan—what would I have to see in a television show daring to call itself Watchmen? Dr. Manhattan was near the top of that list. But even higher was that we needed to tell a new story with a new character at the center of it. Once we landed on Angela Abar as that center, the new rule became that any legacy characters we were using (Veidt, Laurie, and Hooded Justice) could only be used in service of Angela’s story…she was the sun, everyone else needed to be orbiting around her. So how could Dr. Manhattan, a man with the power of God, be in service of Angela’s story as opposed to the other way around? Based on his past (and all the tropes of Greco/Roman mythology), the answer was intuitive…love. We knew this relationship could only work if Manhattan took the form of a human, and so, the idea of Cal was born. And yeah, it came early. Almost from the jump.”

And this brilliant, satisfyingly shocking reveal—especially watching Angela’s brutal dispatching of the human Cal—was also strengthened by the fact that capturing and becoming Doctor Manhattan has been Senator Joe Keene (James Wolk) and the 7th Cavalry’s plan this whole time. It also strengthens Lady Trieu (Hong Chau)’s opaque machinations (but seriously, what was up with the elephant?) and puts her, at least for now, solidly on the good side of the divide. And finally, it strengthened Watchmen‘s central character, making Regina King’s performance all the more compelling when you realize she’s been hiding a God this whole time, and, when push came to shove, she did what it took to release him from his human cover before it was too late.

Needless to say, episode 8’s “A God Walks Into a Bar” is as must-see TV as it gets.