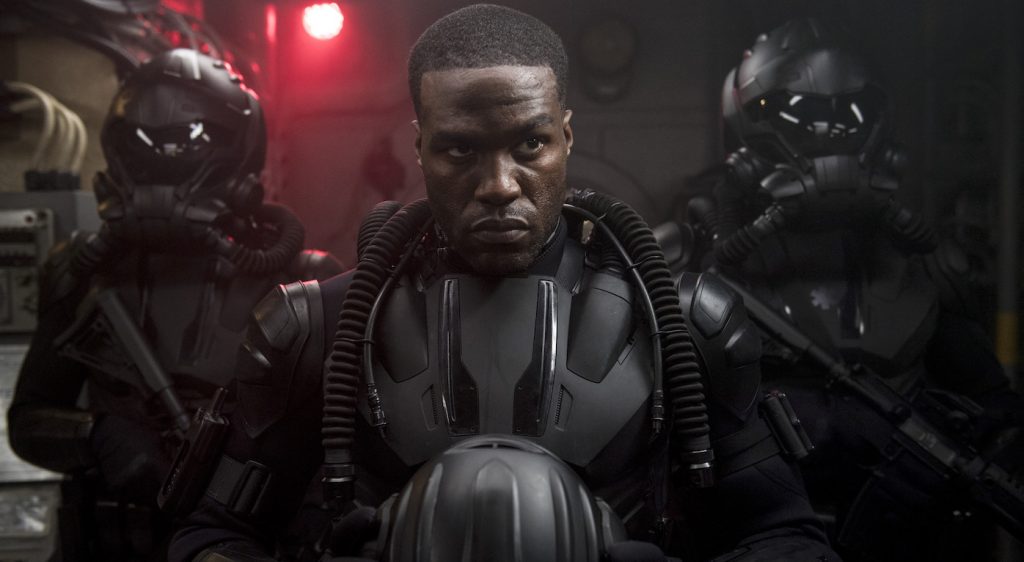 The news surrounding The Matrix 4 keeps getting better and better. Yahya Abdul-Mateen II, who was so compelling as Black Manta in Aquaman and in this past season of Black Mirror‘s best episode, “Striking Vipers,” will be joining the rebooted Matrix franchise. Not only that, Variety has learned that Adbul-Mateen II has landed a lead role. He’ll be starring alongside returning champs Keanu Reeves and Carrie-Anne Moss, who reprise their roles as Neo and Trinity respectively.

Lana Wachowski also returns as co-writer and director, working off a script she penned with Aleksandar Hermon and the novelist David Mitchell. Now that Abdul-Mateen II has joined the cast in a major role, you can sure bet people will wonder if he is, in fact, playing a young Morpheus (the great Laurence Fishburne played Morpheus in the original Matrix films, of course). There were rumors the new film would include a young Morpheus, but plot details remain unknown.

Fishburne’s Morpheus was a crucial character, the third lead alongside Reeves and Moss. Reeves’ return as Neo is not without some narrative hurdles; you might recall he did, in fact, die at the end of 2003’s The Matrix Revolutions. Yet considering how many impossible things are possible in The Matrix‘s world of tissue-thin reality, where what we see is often a deep fake, Neo’s resurrection is certainly not implausible.

“We could not be more excited to be re-entering The Matrix with Lana,” Warner Bros. Picture Group chairman Toby Emmerich told Variety when the project was first announced. “Lana is a true visionary — a singular and original creative filmmaker — and we are thrilled that she is writing, directing and producing this new chapter in The Matrix universe.”

Abdul-Mateen II can next be seen in Damon Lindelof’s upcoming Watchmen series for HBO.