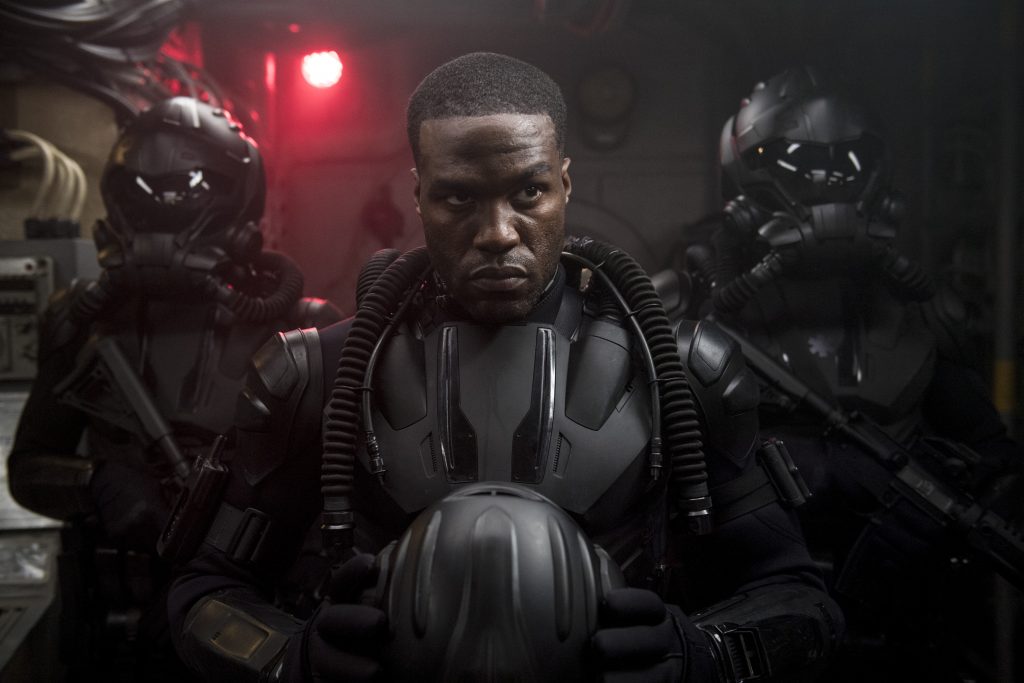 Beware next time you look in the mirror. The Candyman is back.

Yahya Abdul-Mateen II must not have a fear of bees. Variety reports the Aquaman star has landed the coveted role as the new Candyman in the upcoming reboot produced by Jordan Peele. Abdul-Mateen will step into the role of the tortured soul who was murdered by a lynch mob and stung to death by bees. The character was originated by Tony Todd in 1992.

Abdul-Mateen has had a meteoric rise bursting onto the scene in The Get Down in 2016. The actor has appeared in The Greatest Showman, Aquaman, and The Handmaid’s Tale since. He will next appear in Jordan Peele’s upcoming horror film Us in a yet undisclosed role. He apparently impressed Peele who likely was involved in casting the new face of fear.

Without touching on any spoilers, Abdul-Mateen was amazing in Aquaman. Transforming from David Kane into the vengeful Black Manta, Abdul-Mateen battled Jason Momoa’s Arthur and Amber Heard’s Mera in one of the most exciting sequences in the film.

The original Candyman was set in Chicago’s Cabrini-Green neighborhood that was gentrified in the period since Clive Barker’s classic was released. Previous comments made by MGM indicated the new film would return to the area and address the demolished housing projects.

Candyman has one of the most original and tragic backstories of any horror movie villain that could take a really interesting form. In the 21st century, the urban legend could be even more haunting. We can’t wait to see the new places Abdul-Mateen takes the role.

Candyman is expected to return in the summer of 2020.